“New unemployment applications are seen as a rough measure of how many people are losing their jobs,” Jeffrey Battash at MarketWatch said. 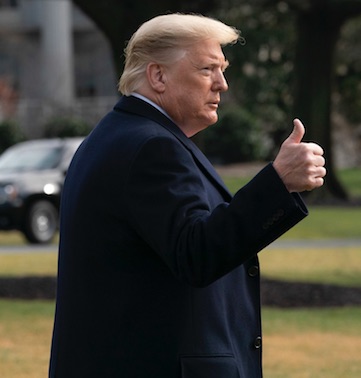 Pennsylvania and New York saw the most raw or unadjusted jobless claims, whereas California, Michigan and New Jersey recorded the biggest declines.

The number of individuals already collecting unemployment benefits increased by 48,000 to 1.75 million.

“The creation of more than 20 million new jobs in the past decade has slashed unemployment to a 50-year low of 3.5 percent, giving the economy a strong foundation to prolong a record expansion that will turn 11 years old in June,” Battash said.

Economists forecast that the economy created 164,000 in January 2020 despite slowed hiring. The Department of Labor is expected to release its January jobs report Friday.

“By most traditional measures, the economy is stronger than it’s been in over three decades, especially where job creation is concerned,” Pete Roff, Newsweek’s Contributing Editor, said. “More people are working, and because real wages are rising, they have the ‘hope,’ finally, that Obama promised but found so hard to deliver.”

Stephen Moore, a senior fellow at the Heritage Foundation and economic consultant with FreedomWorks, said that from January 2009 to December 2016, nearly 10 million jobs were added to the economy, yet 1.6 million working-age adults left the workforce.

But since November 2016, Moore said, roughly 2.3 million more people have entered the workforce, part of which “is undoubtedly due to the steady increase in wages, which attracts workers to come off the sideline.”