Independent candidate Ericka Redic has announced she is running for Burlington City Council, Ward 4. She is a native Vermonter with family ties to Burlington’s New North End.

Redic told True North in an interview that her main campaign focus will be economic development, including the cost of living and cost of operating businesses.

“Vermont raises taxes and enacts all these crazy policies that make businesses leave and not want to do business here anymore, and so then we don’t have enough jobs, and then we’re poor and we have all this poverty so we need all this federal money to get by,” she said. “I think it’s crazy that people in Vermont believe it’s the rest of the country’s duty to subsidize our way of life.”

As an example, she cited a state mandate to redo parking lots to manage stormwater. 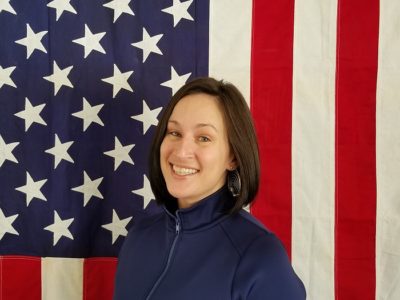 INDEPENDENT FOR BURLINGTON: Independent candidate Ericka Redic is running for Burlington City Council, Ward 4. She’s a fiscal conservative and she would like to see the city better help its drug-addicted and mentally ill populations.

“School systems are going to have to pay hundreds of thousands of dollars to put in new parking lots for this stormwater stuff,” she said. “I’m all for protecting the environment, but you better pay for it. You boost the economy, you attract businesses here, you increase the tax base, and you pay for it responsibly.”

She noted that a Hobby Lobby store in Rutland had to shut down and close over this.

“They just packed up and left, and now it’s a Dollar Store,” she said.

Up in Burlington where she lives, Redic explained how education spending is getting out of control.

“I think that we have a real lack of transparency about what our money is being spent on. There are a lot of problems with how the school budget is funded to begin with,” she said. “The education fund sometimes gets spent on other things and then we have to pull in money from other places and it just seems like a very inefficient system.”

In a letter announcing her candidacy, she pointed to some of the latest big education investments.

“Many Burlington homeowners don’t realize that last year’s property tax increase did not include the $70-million-dollar school bond,” she wrote. “The District already wasted $5 million on architectural drawings that were determined unusable. There will be three more tax increases on the ballot this year. Enough is enough.”

Redic, who is 11 years sober after having struggling with alcohol addiction, says she would like to see more action in helping the city’s drug-addicted and mentally ill populations.

“This idea that it’s mercy to leave them on the streets, that arresting people and putting them in jail when they’ve committed crimes, we can’t do that if they are mentally ill or drug-addicted … I don’t necessarily disagree with the sentiment, what I disagree with is there is then no followup to make sure those people get help,” she said.

Redic also has experience as a homeowner and landlord, and she said changes need to be made on the issue of providing affordable housing.

“Vermont has such onerous regulations to build anything that if I want to build a 30-unit building, I have to do $100,000 worth of permits and fees before I’ve sketched a drawing or put a shovel in the ground,” she said. “… It’s really easy to see why the only people who are willing to build anything here are huge multinational corporations.”

Redic said the GOP in Vermont is not supporting her campaign. She says the party leadership seems to be supporting a write-in campaign for outgoing Ward 4 councilor Kurt Wright, a Republican and the Burlington City Council president.

“I’m being undermined at both ends,” she said. “I’m now in the unfortunate position of running against two establishment candidates who have huge armies of volunteers behind them and a bunch of the people who would have volunteered on my campaign have been commandeered for Kurt.”

Wright has not formally announced his intention to run again, either as a write-in or an official candidate.

She said she’s willing to reach across the political aisle to appeals to liberal-leaning voters.