The group reporting the assault called violence against gay rights advocates who do not support the trans movement  “the new face of homophobia.”

Gay rights legend & pioneer Fred Sargeant (74), one of the co-founders of the Gay Pride march in NYC and participant in Stonewall in 1969, was violently assaulted by trans rights activists at Burlington Pride this weekend, the LGB Alliance reported on Twitter September 19. 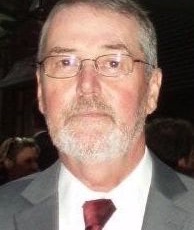 Last year, Sergeant was reportedly “kicked out” of the Gay Pride parade because he wore a T-shirt saying ‘Woman: Noun. Adult Human Female.’ “The queer community has made it clear that homosexuals are no longer welcome at Gay Pride – unless they also worship at the altar of gender,” blogger Kurtis Tripp said.

On September 18, Sergeant posted on Facebook that he intended to attend the parade, and called its sponsors, the Vermont Pride Center, “an exclusionary gender identity organization focused on transing the gay away.”

Sargeant has a storied history in the gay pride movement. According to his biography, he was also the initial manager of the Oscar Wilde Memorial Bookshop, the first gay and lesbian bookshop in the world, in New York City. He then moved to Stamford, Connecticut to become a cop, attaining the rank of lieutenant before retirement.

Sargeant told Substack writer Tripp he became a cop after his experience in the Stonewall riots. “I wanted to see if I could make a difference, and having seen the situation at Stonewall and how the NYPD handled that, I thought I could do it differently. Stonewall wasn’t the only riot I saw. I’d been caught up in riots in the Village before and watched what the police did.”

Sargeant married his husband in 2010 and now lives in rural Vermont.

After Sunday’s events, Sargeant said “I went to Pride to protest their misogyny, homophobia, exclusionary policies and divisiveness. I was met by screaming, multiple assaults, ageist comments, shoving, slaps to the back of my head, pouring coffee on me and repeated attempts to steal my signs,” the LGB Alliance said.

His statement continues: “Being unsuccessful in their attempts to disrupt my protest and drive me away, the mob pushed me to the ground” He would later say, of attending: “Before I went, my husband asked why I was going to protest. I answered, if I don’t who else should?”

“Sadly, this despicable act was entirely predictable: activists at Burlington Pride had been distributing stickers like this (see below), and violent rhetoric from that quarter has become so commonplace, they can even justify assaulting a man who needs a cane to walk,” the LGB Alliance tweeted.

“Simply put, Fred Sargeant is a hero to all of us who have faced discrimination for wanting to assert our same sex attraction. It is sad that fifty years later, a new face of homophobia has taken over Pride and now threatens violent retribution,” the Alliance said.

Neither Vermont Pride Center social media nor any of the Vermont media (VTDigger, the three television news stations) mentioned the Sargeant assault in their news coverage of the parade. Vermont Daily Chronicle has reached out to Sargeant and the Burlington Police Dept. for more information.