This commentary is by Joe Gervais, of Arlington. He is the Republican candidate for the Vermont House of Representatives in the Bennington-4 District.

When I travelled the globe in my work, my translators frequently needed me to explain idioms that I used. As I think of the legislative efforts to address the “climate crisis,” I think of the idiom half-baked, but the reality is Vermont’s climate plans haven’t even gone in the oven yet — they are still raw.

Recently, I attended a Department of Natural Resources (DNR) hearing on upcoming requirements related to electric vehicles (EVs). Vermont is mandating manufacturers sell nothing but electric passenger cars and light trucks by 2035 as well as a large number of medium and heavy-duty trucks. Part of the motivation is the notion that climate is a global problem, and we have an obligation to be good global citizens. 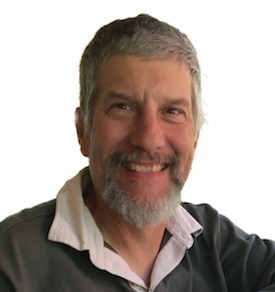 Currently, we are seeing large state and federal incentives for the purchase of electric vehicles. If the vehicles are so efficient and effective, why do the consumers (or manufacturers) need to be bribed to purchase and produce these vehicles? In the DNR meeting, there was a slide on health savings due to reducing (exporting) vehicle emissions, claiming savings of nearly two-billion dollars. My back-of-the-napkin calculation of continuing federal and state vehicle purchase incentives for the replacement of all 600,000 passenger cars and light trucks in Vermont exceeds seven-billion dollars. In my math, that’s a five-billion-dollar cost, and we’re not even scratching the surface of the costs — ignoring the infrastructure upgrade costs required to support wholesale conversion of vehicles to EVs.

We are seeing constraints and failures today with electric vehicles constituting less than one percent of the worldwide fleet. Mining for many of the materials needed for batteries is currently at capacity. The electric grid and power generation likely needs to see a two-fold or greater increase in capacity to meet needs. Capacity isn’t free — there’s an economic cost as the United Kingdom is currently experiencing with a ten-fold increase in wholesale power rates from near ten pence a kilowatt hour to a pound per kilowatt hour. How do economics work when electricity costs more than a dollar a kilowatt hour. Will we hear the same uproar we are hearing with heating oil and gasoline over four dollars a gallon?

The main concern I have about the mandates for EVs and clean power is the utter lack of a plan for the power generation and transmission. During the recent hearing, the DPR had no answers on the question — it was outside the scope of their responsibility. We’re seeing California, with a significant larger economy than Vermont, currently experiencing severe power shortages and compensating with rolling blackouts when the temperature is too hot, yet presently less than two percent of California vehicles are EVs. Vermont is pushing a plan for clean solar power generation, which is least effective during the high demand winter period driven by new “clean” heat pumps and EVs with short daylight hours and snow-covered panels Lack of air conditioning in the summer due to power failures is generally an inconvenience. Lack of heat in the winter can be fatal. How many people will die in the name of exported emissions due to the lack of adequate planning for the required infrastructure support?

Rob Roper recently published an article in True North Reports on the disarray in the leadership of the Vermont Climate Council, where there is “growing frustration between the committee members eager to put forward concrete proposals to meet the mandates and more politically oriented members who are trying to keep things vague because they know that the second these kinds of details come out the public will reject them.” We saw Governor Scott veto H.715 An Act relating to the Clean Heat Standard because it did not include details on the costs and impacts. It’s time to get real on our climate plans. We need comprehensive plans on how to make forward progress Vermonters can afford. Our current progressive legislative leadership is appealing to emotions while creating unreasonable mandates that have no realistic path forward.