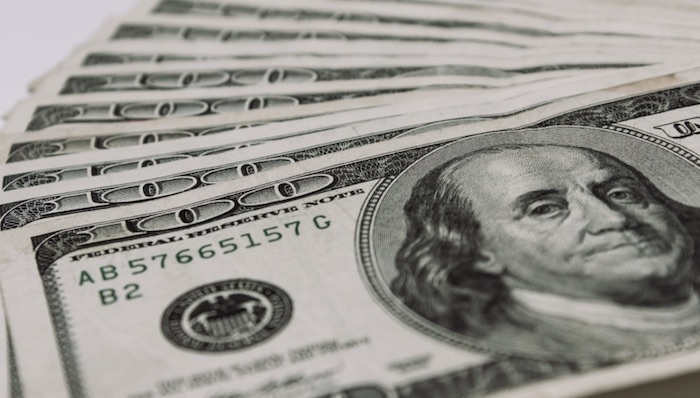 REWARD FOR TAKING SHOTS: Vermont is awarding taxpayer money to schools that push the most vaccines onto their students, even as some of those schools continue to get mixed results, including continued COVID outbreaks.

Vermont is awarding taxpayer money to schools that push their student populations to have some of the highest COVID vaccination rates, but many schools continue to experience significant outbreaks of the virus.

“The incentive grant program is available to both private and public schools and requires students to be involved in directing the use of the grant and funds. The amount of the grant awarded depends on the total enrollment at the school,” Education Secretary Dan French said Tuesday during the governor’s weekly press conference. 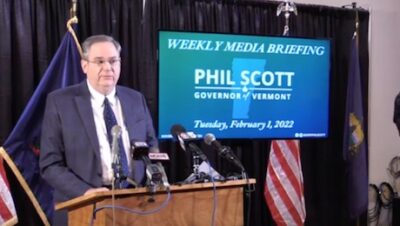 French also said the state will give up on contact tracing, as it’s too inefficient and time-consuming for schools to continue. Instead, other strategies, such as the use of at-home testing, will become a priority.

“Inside the schools themselves, contact tracing became very labor-intensive and had a negative impact on the education of many students,” he said. ” … Our real-world experience with the virus in our schools indicated that neither school buses nor cafeterias are areas of risk or concern for COVID-19.”

According to French, 60 percent of school children ages 5 to 11 have received at least one dose of the COVID vaccines. He said health risks for children have been reduced significantly due to receiving shots.

“We have made significant progress in lowering our health risks for students from COVID-19 through vaccination,” he said.

The risk of school-age children dying from COVID-19 has been non-existent in Vermont since the virus was first reported in the state, according to Vermont Health Department data. To date, zero deaths have been recorded among this age group. Also, in the past three months, there have been no COVID-associated deaths recorded for any Vermonter under the age of 40.

Despite such data, Vermont Health Commissioner Mark Levine continues to refer to the virus as a “nearly unprecedented global pandemic,” and he discussed new strategies for tracking the progression of the virus.

“Our reliance on measures such as daily case counts and percent positivity will no longer have much value,” he said. He suggested conducting tests on certain populations and waste water are preferable mechanisms for future COVID tracking.

Michael Pieciak, the commissioner of the Vermont Department of Financial Regulation, acknowledged that based on internal data, the virus continues to have a “less than 1 percent” fatality rate for all ages under 70.

“The case-fatality ratio is the highest among those who are most vulnerable by age,” he said. “Those between the ages of 70 and 79 have a close to over 2.4 percent, versus over age 80 the fatality rate is over 7 percent.”

Pieciak once again alluded to the fact that case numbers often change simply because the number of tests administered has changed.

“The demand in testing has come down — obviously that can impact caseload numbers to a degree,” he said.

Even so, the administration continues to push the narrative that the virus is a “pandemic of the unvaccinated.”

On the issue of career and tech education (CTE), Gov. Phil Scott said there’s a $90 million surplus in the state’s education fund, and he wants $45 million of that to be used to upgrade the state’s technical education centers.

“We’re going to need more people who have the skills to weatherize homes, build bridges, install and connect fiber-optic cables, and so much more,” he said.

On Tuesday, the governor joined with other governors across the country in designating February as Career and Technical Education Month.

“We need to work to end the stigma around CTE. It’s time we recognize that going into the trades is just as impressive, and in fact can be just as lucrative, as a 4-year degree,” Scott said.

The entire press conference can be viewed online here.

11 thoughts on “Taxpayer money awarded for schools that distribute the most COVID shots, but outbreaks continue”