Small business owners in Vermont are feeling the effect of strict tax laws and regulations, according to findings from an economic outlook survey released by Davis and Hodgdon Associates and the Vermont Chamber of Commerce.

More than 130 small business owners in Vermont completed the semi-annual survey, and the findings suggest Vermonters are optimistic about the nation’s economy but do not share the same optimism about the state’s economic climate.

The recent 2018 survey reported that 27 percent of Vermont business owners feel the state’s economy is in decline, 27 percent believe the economy is improving and 44 percent saw no change. 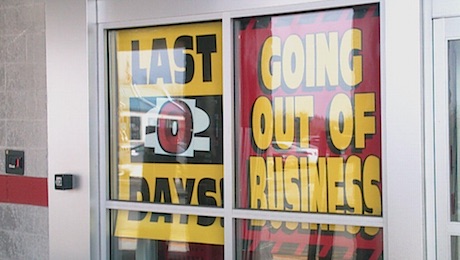 Business is booming across the U.S., but small businesses in Vermont say they are up against a wall of regulations and taxes that make it hard to grow.

Betsy Bishop, president of the Vermont Chamber of Commerce, sees a parallel in those findings.

“So when I look at those two things together, what it says to me is that if your business is primarily in Vermont with Vermont customers, your optimism is lagging,” she said. “But if you are doing business predominately out-of-state or have more out of state customers, there’s more growth opportunity there.”

Bishop said a possible reason that Vermont business owners’ optimism may be lagging is the increased regulations and taxes being imposed by the state government through the Legislature.

There are around five bills right now that would mandate how business owners handle endeavors with their employees, including paid leave and minimum wage bills that are making their way through the process, Bishop said.

“There are endless proposals for tax increases and laws — the governor said he’s not interested in passing any of those — but we still are working hard to fight them,” she said.

In one section of the survey, business owners were asked to identify one economic issue they would like to see addressed by Legislature this year. The results proved that they are concerned about high taxes and excessive cost of doing business in Vermont.

Many hope to see deregulation and tax reform to improve the perception that Vermont is an unfriendly business environment.

Jennifer Krause, marketing coordinator for Davis and Hodgdon Associates, said that based on comments left on the published surveys, business owners do not want to leave the state, and are “adamant” about seeing results from the state’s legislators to make Vermont a more “business-friendly” environment.

8 thoughts on “Survey: Small businesses down about Vermont’s economic climate”