An assessment of Planned Parenthood of Northern New England’s spending in recent years appears to show a trend away from health care spending in favor of political action.

Analysis of the group’s annual reports, IRS 990 tax filings and campaign finance spending released by Vermont Right to Life Committee shows that the abortion provider’s health care patients have declined 20 percent, from 52,103 in 2009 to 41,956 in 2016. 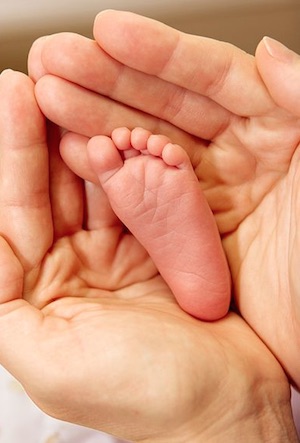 PPNNE covers the states of Vermont, New Hampshire and Maine. Its presence in Vermont is the highest for any state in the nation, per capita, with 12 clinics for the Green Mountain State’s population of about 625,000.

That’s more clinics than New Hampshire and Maine combined, which have four and five, respectively, despite each state having more than 1 million residents.

According to Mary Hahn Beerworth, executive director of Vermont Right to Life, the group’s budget exposes the real mission and work of Planned Parenthood of Northern New England.

“Our main hope in putting that together was for the legislative offices to see [that although] they like to declare themselves as the largest provider of essential health care for women, it’s just a mantra. … Really, they are essentially an abortion clinic,” she said.

Beerworth noted that PPNNE does not use many of its resources for non-abortion services.

“We know they don’t have mammogram machines. You’d be better served if you are looking for care at any one of the 50-something community health care centers across the state,” she said.

She added that there has been some pressure for them to change strategy, due to more people learning about the group’s activities.

During last year’s gubernatorial race between Republican Phil Scott and Democrat Sue Minter, the abortion provider spent more than $450,000 to oppose Scott, even though he is pro-choice.

“Just because he supports parental notification before a minor has an abortion, they went after him,” Beerworth said.

Sharon Toborg, the treasurer for Vermont Right to Life, says in addition to putting more emphasis on political activity than in the past, PPNNE has been combining efforts with other Vermont organizations including The Vermont Public Interest Research Group, Let’s Grow Kids and Rights & Democracy.

“There seems to be an effort to sort of cross-promote issues among these organizations as well,” Toborg said. “I think you saw that with the Women’s March — there again, there was this whole group of organizations who sort of tried to combine forces.”

She acknowledged that Vermont Right to Life faces an uphill fight opposing abortion in liberal Vermont, but she says nationally the pro-life movement is gaining ground.

“It’s definitely a state that generally favors abortion rights, but much more so than other states,” she said. “Across the country — and it hasn’t happened in Vermont yet —  Planned Parenthood has been under pressure.

“They’ve lost funding in some states, they’ve been caught in Medicaid fraud in other states, and of course there are the undercover videos showing the Planned Parenthood officials appearing to be trafficking in body parts.”

In each of those allegations, the Medicaid fraud claims, and the videos, reports seem to verify that Planned Parenthood has had its share of controversies in recent years.

“Like most women’s health care providers across the country, PPNNE did have a decrease in patients and visits following changing guidelines around the frequency of Pap tests and breast exams,” she wrote in an email. “Despite that, we are now on an upward trend in patient visits, and expect our finalized 2017 numbers to demonstrate this.”

Regarding the Pap tests, Leriche explains how some evidence suggests overly frequent breast screening could have negative health consequences, so they adhere to those recommendations.

“We adhere to principles of medical ethics, which require that we don’t over-screen,” she said. “We follow these recommendations closely. Because for years, women have tied the frequency of their well-person preventive visits to their paps, preventive visits have gone down across the country, thus also reducing breast exam frequency as well.”

She also mentioned that breast exam frequency has become a controversial subject, and likewise they adhere to the best policies.

“There is no evidence that an annual breast exam is useful in early diagnosis of breast cancer, in the absence of symptoms,” Leriche said. “So we give patients a choice before 40 years old. National guidelines groups differ on this matter.”

However, she admitted there has been an uptick in advocacy spending, in response to increasing advocacy by the group’s opponents.

“Regarding political advocacy, with the elevated attacks on women’s health care at the national level, our 501c4 organization is seeing increasing interest in advocacy through volunteerism and monetary support,” she said.

“It is important that women retain their rights under the law to the health care services they need. Our advocacy organization helps to ensure women’s voices can be heard. Increases in advocacy from engaged and informed citizens strengthens our democracy.”