Jane Mayer, co-author with Ronan Farrow of the New Yorker article about Deborah Ramirez, the “second accuser” of Supreme Court nominee Brett Kavanaugh, has strong family, personal and professional ties to Vermont. She also has a journalistic history of combining research with “informed speculation” to reach unproven conclusions about sexual misconduct by a conservative, originalist nominee for the U.S. Supreme Court.

In 1994 Mayer co-wrote the New York Times’ best-selling book, “Strange Justice: the Selling of Clarence Thomas.” The movie version starred Delroy Lindo as Supreme Court justice nominee Clarence Thomas. According to an enthusiastic “tickler” review on Amazon, she and co-author Jill Abramson uncovered a nefarious plot by powerful Republicans to hide the unsavory truth about their nominee’s credibility and sexual appetite:

An instant sensation and a National Book Award finalist on publication, Strange Justice: The Selling of Clarence Thomas reveals that there was in fact much to doubt about the character of Clarence Thomas and his denial of Anita Hill’s accusations during the riveting and fractious Supreme Court confirmation hearings. Drawing on hundreds of interviews and scores of documents never seen before, Mayer and Abramson demonstrate that the political machinations that assured Thomas’s ascension to the Court went far beyond what was revealed to the public: Several witnesses were prepared but not allowed to testify in support of Anita Hill’s specific allegations about Thomas’s pronounced interest in sexually explicit materials; Republican Judiciary Committee members manipulated the FBI and misled the American public into believing that Hill was fabricating testimony during the televised hearings.

An enthusiastic November, 1994 New York Times book review describes “Strange Justice” more succinctly: “they combine reporting with informed speculation, and they believe that in this instance sexual harassment did occur. They are as liberal as he is conservative (are investigative journalists ever without political views?)” 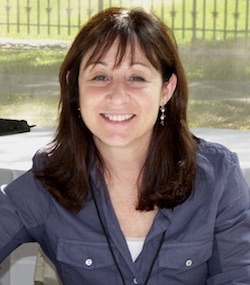 In a lengthy oral history conducted by Columbia University in 2012, Mayer describes how she pitched the idea of writing “Strange Justice” to co-author Abramson. Substitute “Deborah Ramirez” for Anita Hill and “Brett Kavanaugh” for Clarence Thomas and similarities are apparent:

“I couldn’t believe these opposite stories, two completely compelling people — Anita Hill and Clarence Thomas — with these crazy stories about each other, that they were both absolutely certain of. One had to be lying. And they both had their lineup of witnesses with them and one team of witnesses had to be lying. You couldn’t tell — they were both so emphatic, it was really hard to tell who was telling the truth. I called Jill up as the hearings were going on and I said to Jill, “This is it. This is the subject we’ve been looking for. This has got to be the book. It’s got everything. It has race; it has sex; it has gender politics; it has power; and it has truth and lies. You can’t get a better package in one subject.”

Mayer and Farrow also wrote the May, 2018 New Yorker story that led to the resignation of New York Attorney General Eric Schneidermann for his alleged abuse of women.

Granddaughter of an acclaimed historian who helped write the inauguration speech of President John F. Kennedy, great-granddaughter of a founder of the Wall Street firm of Lehman Bros., Mayer was raised in New York City, attending prestigious, progressive private schools. After graduating magna cum laude from Yale in 1977, she went to live with her summer-resident parents the tiny Windsor County town of Weathersfield. She was in a relationship with a Weathersfield man who was a fellow Yale graduate, Oxford scholar, local journalist, and at age 21 a Vermont legislator. (She does not provide a name, but unless there are two people on earth with this uncommon resume, this individual must have been Will Hunter, who also later served in the Vermont Senate. After encountering legal problems, attorney Hunter became a lay minister and advocate for people adjusting to life after prison.) Her first journalism gig was with the Weathersfield Weekly, an award-winning, quintessential small-town newspaper published by Hunter’s parents.

Mayer, Hunter and others labored on the Black River Tribune, a weekly community newspaper based in nearby Ludlow. Soon she was writing obituaries and birth announcements for the Rutland Herald, which had not yet won its Pulitzer Prize (2001 for civil unions editorials) but was a highly acclaimed statewide paper. After most of the news staff was fired during a lengthy, unsuccessful 1980-82 strike, Mayer and others (like Rutland native Tony Marro, for two decades the managing editor at Newsday) went looking for work. In an ironic twist for a journalist with knack for writing historic news about the exploitation of women, Ms. Mayer said during the Columbia interview that being a young woman helped her break into the world of big-time journalism after she left the Rutland Herald:

I think I owe my career success, to some extent, to favoritism for having been young and female, because at that point the journalism world was beginning to realize they had to hire women. So the older generation of women had suffered all kinds of indignities but they had opened the doors to the younger women as a result and the paper was looking for women to hire. They wanted token women, too, and they wanted them to be visible. So they put me on the White House very early, at the Wall Street Journal, even though I didn’t know anything about politics, really. Part of it was that they wanted a young female to be Mayer representing the paper there, along with their other reporters. I kind of got a hand-up, I think, by being young and female.

Mayer is scheduled to speak 4:20 p.m. Oct. 25 in Lafayette Hall at the University of Vermont, as a guest of the UVM English Department.

The veracity of Mayer’s New Yorker story has been discussed ceaselessly by media pundits. As reported in True North Reports, CNN commentator Jeffrey Toobin said the charges against Kavanaugh in her New Yorker article have “a ring of truth” despite some apparent skepticism by Ramirez and other Yalies who knew her and Kavanaugh.