Over the past couple of decades, many American households have become increasingly susceptible to our federal government’s decision to subsidize mixing gasoline with ethanol, a corn based biofuel. Vermont households became particularly susceptible after Montpelier passed a law requiring new tanks for gas stations by 2018.

Like many middle class Vermont households, my family uses a lawnmower to cut our lawn. Before 2008, my dad would get our lawnmower tuned up once a year in the spring, and it reliably carried on into fall. 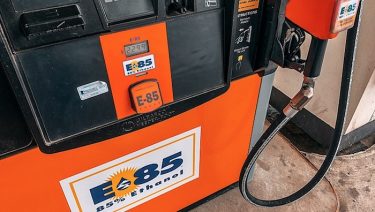 Around 2008, my family started taking in our lawnmower for repairs a couple of times a year. We may have thought our mower was just getting older, but the repairman diagnosed our recurring problem: the ethanol in the gasoline was gumming up our mower’s engine. After Congress encouraged ethanol production through the passage of the 2005 U.S. Energy Policy Act, gas stations across the country began phasing out ethanol-free gasoline. So, we resolved to never purchase ethanol gasoline for our mower.

And now ethanol-free gasoline is becoming more scarce with each passing year.

By 2016, only one small CITGO that sold ethanol-free gasoline remained within easy driving distance of our house. Fast forward to 2017. I was told by this CITGO’s employees that this would be the last year they would pump gas, including the only ethanol-free gas in our area. When I inquired further, the CITGO employees explained that Vermont’s government had passed a law in 2013 requiring all Vermont gas stations to replace single-wall gasoline storage tanks with double-wall storage tanks, if they had not already done so. The cost for doing so was too much for the CITGO owner, so he decided to shut down his ethanol-optional gas station to focus exclusively on his auto repair business. I can’t say that I really blame him.

Ted Unkles, coordinator of the Department of Environmental Conservation’s underground storage tank program, says these new tanks cost around $200,000. As assistant coordinator for the program June Reilly frankly admits, “it takes a lot of gas sales to get your $200,000 back.” How much is “a lot?”

Gas stations generally make about $0.03 in profit per gallon that they sell, after operating costs. They would need to sell about 7 million gallons of gas to cover the cost of the new regulation, something few Vermont gas station owners could do quickly.

With its closure, my family’s 2-mile roundtrip to CITGO for ethanol-free gasoline has turned into a 10-mile roundtrip. That annual 100 miles is less than what many rural Vermont families would have to travel to avoid gummed up yard equipment. Regardless, the following estimates will be conservative.

Let’s say that 2,000 Vermont households (1 percent of the ~200,000 in Vermont) have to drive 100 miles a year to find ethanol-free gas to mow their lawns and use their snowblowers due to ethanol-optional gas stations closing down. That would mean Vermont drivers would end up having to drive an extra 200,000 miles a year. If these cars collectively averaged 25 miles per gallon, that would be an extra 8,000 gallons of ethanol-gas consumed annually. There is no sane reason for this wasted time and expense.

As it stands, each additional gasoline-related restriction from Montpelier has begun to make the upkeep of our Vermont homes unacceptably onerous.

Only in Vermont could we manage to unintentionally encourage Vermonters to burn gasoline they would rather save, all the while listening to proposals like the ESSEX Carbon Tax which emphasize the importance of using less gasoline.

One thought on “How D.C. and Montpelier encouraged Vermonters to waste gasoline”