Four Guatemalan nationals were apprehended and charged with illegal alien smuggling near the Newport area, according to the Office of the United States Attorney for the District of Vermont.

The court, under U.S. Magistrate Judge John M. Conroy, ordered Cordova-Sanabria, Morales-Moran and Juarez-Franco be detained pending trial, while Garcia-Cruz appeared in a detention hearing that took place on Sept. 19. 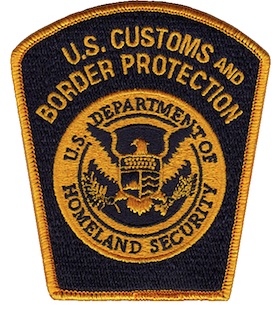 Federal agents have to police the Vermont-Canadian border without help from Vermont due to sanctuary-style immigration enforcement policies signed into law by Gov. Phil Scott in March 2017.

The criminal complaint stated that on the morning of Sept. 13, U.S. Border Patrol agents were notified of possible suspicious illegal activity taking place to the east of the Beebe Plain border in Newport.

Upon further investigation, U.S. Border Patrol agents observed individuals traveling through a wooded part of the area and later witnessed a vehicle arrive near the same location. At that time, the three individuals entered the suspicious vehicle and soon after were stopped by the agents.

The driver, identified as Garcia-Cruz, as well as the three passengers, Cordova-Sanabria, Morales-Moran and Juarez-Franco, were confirmed to be illegal aliens without any proof of documentation.

United States Attorney Christina Nolan praised the efforts of law enforcement on both sides of the northern border to address international human smuggling.

“I commend our partners in the U.S. Border Patrol for their outstanding work in stemming the flow of smuggled individuals into Vermont,” Nolan said. “Preserving the integrity of the border will continue to be a top priority for the U.S. Attorney’s Office, and we will continue working with our partners at all levels of law enforcement in Vermont and Canada to dismantle criminal organizations that operate across our border.”

The U.S. Attorney emphasizes that the charges against the four Guatemalan citizens are merely accusations and all parties are presumed innocent until proven guilty.

Kraig LaPorte, law enforcement coordinator for the District of Vermont U.S. Attorney’s Office, said each individual will be charged criminally, but it’s the court’s final decision whether they will serve time or not.

“The deportation process is a civil process,” he said. “The U.S. Attorney’s Office is only involved in the criminal process.”

LaPorte said the three individuals who were picked up near the border will only be charged with misdemeanors, while the man who picked them up, Garcia-Cruz, will face felony charges.

“I can not speak to the consequences specifically,” LaPorte said. “There are a lot of factors that are considered by the court, such as first time offenders, criminal history, etc.”

Recently, Vermont has been resisting federal immigration enforcement under President Donald Trump and his administration.

At the start of 2017, Gov. Phil Scott said Vermont would not go along with an executive order signed by Trump that calls on state and local law enforcement to aid in immigration enforcement. In an interview with Vermont Public Radio, Scott called the executive orders “overreach” and said they extend beyond just a public safety concern.

“We all have a great fear of terrorists … entering our country,” Scott told VPR, “but I think this is the wrong way to go about it.”

The school has received nearly $50,000 from the agency for training courses for ICE employees, and their relationship has sparked a petition from the Vermont chapter of the American Civil Liberties Union and a student from within the Vermont State Colleges system.

The Department of Homeland Security contracted Vermont Technical College for leadership training for ICE supervisors and non-supervisors over a five-week period, resulting in a sum of $46,940 to the school from the agency.

But school officials disagree, saying the services provided to the agency fall in line with VTC’s goal to stimulate workforce development in Vermont.