Editor’s note: This commentary is by Stan Greer, senior research associate for the National Institute for Labor Relations Research.

In a report aired early last month concerning President Joe Biden’s flailing efforts to live up to his campaign rhetoric about reopening schools safely and expeditiously, CBS news noted that, in a number of states, the vast majority of kids already had the option of in-person instruction.

Citing data from the respected Burbio website, CBS specified that Florida and Wyoming were already offering face-to-face teaching to nearly all students. More than 70% of all schoolchildren in four other states — Alabama, North Dakota, Texas and Utah — were able to attend school full-time and in-person at their and their parents’ discretion.

All six of these states have one important thing in common: long-standing Right to Work laws that prohibit the firing of employees for refusal to pay dues or fees to an unwanted union. 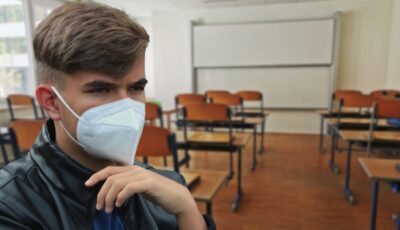 By last summer, a worldwide scientific consensus had emerged that kids could return to school safely, full-time, while taking a few simple and relatively inexpensive precautions to prevent the spread of COVID-19.

Meanwhile, as CBS went on to report, there had been very little progress towards reopening in a number of other states:

“[M]ore than 75% of all student in Maryland, Oregon, New Mexico, California, Washington and Virginia had access only to remote learning for the last 10 months.”

In all but one of these states (Virginia is the sole exception), employees lack Right to Work protections, and government union bosses wield extensive monopoly-bargaining privileges over K-12 teachers and other public employees.

Under monopoly-bargaining laws in states like Maryland, Oregon, New Mexico, California and Washington, public officials who are elected themselves, or appointed by elected officials, do not get to decide on their own whether kids return to the classroom or not. They need government union bosses’ permission to do practically anything.

And in states without Right to Work laws, Big Labor’s forced union dues-fueled political clout is typically so great that public officials are hesitant even to attempt to persuade manifestly reluctant government union chiefs to agree to reopen schools.

By last summer, a worldwide scientific consensus had emerged that kids could return to school safely, full-time, while taking a few simple and relatively inexpensive precautions to prevent the spread of COVID-19.

The fact that, as of early March, fewer than half of public schoolchildren were receiving face-to-face instruction from their teacher, in the classroom and five days a week, is primarily the fault of pro-union monopoly state labor laws. Of course, school board members who are owned and operated by Big Labor, often found in Right to Work states such as Virginia as well as forced-dues states, are also part of the problem.

And since President Biden was inaugurated in January, his administration has been cynically furnishing union bosses with excuses to keep schools shuttered, despite clear evidence they can safely stay open virtually everywhere, including in high-COVID-19 transmission and densely populated communities.

On February 12, Biden appointees at the CDC, after receiving “input” from top teacher union bosses, issued outrageous “reopening” guidance that would, if adhered to, force even many schools that are already open and not spreading COVID-19 to shut down again.  For example, the Biden CDC’s guidelines state schools should try to keep kids at least six feet apart, even though the World Health Organization recommends three feet of distancing, and there is no evidence six feet are needed in classrooms with universal masking.

Of course, union bosses like American Federation of Teachers President Randi Weingarten love six-feet distancing, because school districts instituting this rule will have to hire vast numbers of additional unionized teachers to educate the same number of kids full-time and in-person.

The inexcusable failure of most American public schools to reopen public schools since they “temporarily” shut down a year ago has taken a heavy toll on the educational progress and mental health of America’s children and teenagers.

One potential silver lining of this catastrophe is that it could force many elected officials in states that have granted monopoly-bargaining privileges to government union bosses at last to recognize that they have a duty to revoke all such privileges.

Repeal of state government-sector monopoly-bargaining laws won’t undo the damage already done by the unnecessary loss of in-person education for an entire year in many American communities as a consequence of the extraordinary coercive power accorded to a relative handful of union bosses.  But it would help ensure such fiascos aren’t repeated in the future.

10 thoughts on “Stan Greer: Who should run America’s public schools?”