Editor’s note: This commentary is by Stan Greer, the editor of the National Right to Work Newsletter.

Just a couple of weeks ago, many high-ranking teacher union officials and Big Labor politicians in Washington, D.C., seemed determined to have public schools across the country that were “temporarily” shut down early last spring as part of what was sold as a “15 day” program to slow the spread of COVID-19 remain shuttered for much if not all of the 2020-21 academic year.

In late July, for example, American Federation of Teachers (AFT/AFL-CIO) President Randi Weingarten boasted that she and her cohorts would wield their government-granted monopoly privileges to halt school reopenings until she was personally satisfied that the virus was “under control.” Earlier in the month, displaying remarkable contempt for the known facts about COVID-19, union-label House Speaker Nancy Pelosi, D-Calif., claimed: “Going back to school presents the biggest risk for the spread of the coronavirus.” 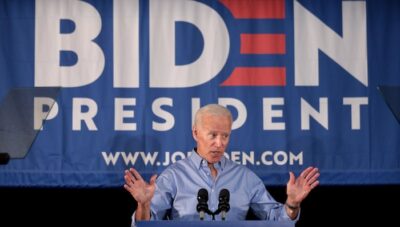 Americans, who are increasingly critical of the impact of monopolistic teacher unionism on education, should be aware that, if they elect the Joe Biden-Kamala Harris ticket this fall, a White House “partnership” with teacher union bosses is what they’ll get.

To call this contention “false” is an understatement. It is practically the opposite of the truth. As the federal Center for Disease Controls and Prevention (CDC) has stated, “COVID-19 poses relatively low risks to school aged children.” Indeed, “for children (0-17 years), cumulative COVID-19 hospitalization rates are lower than cumulative influenza hospitalization rates during recent influenza seasons.” Moreover, the risk of COVID-19 transmission from children to teachers, based on the experiences of the many countries where schools have already reopened, is far lower than the risk of flu transmission to teachers.

Now it is becoming increasingly clear that Big Labor bosses like Weingarten and their puppet politicians never believed their own apocalyptic rhetoric about COVID-19. Their real aim is not to protect the health of educators and schoolchildren, but rather to squeeze even more money out of hard-pressed taxpayers who already fork over upwards of $700 billion every year for K-12 government schools and ram through an unpopular political agenda, using the threat of keeping schools shuttered for months or even years to come as a blackmail device.

On Aug. 3, an assortment of teacher union bosses and their radical allies led a so-called “national day of resistance” around the country. They spelled out a long list of demands that must be met before teachers and schoolchildren would be allowed to return to the classroom, including expanded cash welfare spending, and a moratorium on new public charter schools (which, in stark contrast to district schools, are overwhelmingly union-free), voucher programs, and standardized testing. Of course, the Big Labor coalition also demanded a multi-billion-dollar increase in federal expenditures on K-12 schools, to be paid for with a massive tax hike on savers and investors.

Largely because President Donald Trump and U.S. Senate Majority Leader Mitch McConnell, R-Ky., are so far refusing to submit to Big Labor political blackmail, government schools in many jurisdictions will remain on-line only at least for part of 2020-2021.

Meanwhile, Democrat presidential challenger Joe Biden’s public stances and rhetoric are undoubtedly encouraging union kingpins to continue pressing their demands, despite the heavy cost to schoolchildren, parents, and conscientious teachers who want to do their jobs as well as they can.

Even though state and local civil servants have traditionally been regarded as subject to the jurisdiction of the states, not the federal government, Biden is proclaiming his eagerness to sign federal legislation foisting union monopoly bargaining on teachers, other school employees, and a wide array of other public employees in all 50 states. In practice, that would grant a handful of teacher union bosses effective veto power over how schools serving the overwhelming majority of K-12 students nationwide are managed.

Addressing the 2020 convention of the mammoth National Education Association union in July, Biden made a groveling vow to Big Labor bosses and militants referencing his wife’s longstanding affiliation with the radical NEA:

Americans, who are increasingly critical of the impact of monopolistic teacher unionism on education, should be aware that, if they elect the Joe Biden-Kamala Harris ticket this fall, a White House “partnership” with teacher union bosses is what they’ll get.