Lawmakers of the Senate Committee on Government Operations on Tuesday expressed regret over giving the governor a say in this year’s elections and began drafting legislation to strip him of his authority in the matter.

As the coronavirus pandemic weakens and Vermonters seek to return to normal living, a rift has emerged between the Secretary of State’s Office and Gov. Phil Scott about how to handle the upcoming elections. Secretary of State Jim Condos’ proposal to set up a universal vote-by-mail system for the general election hit a snag after Scott said he wants to wait until after the August primary to make a decision.

The joint decision-making process, established through the COVID-19 election bill passed by the Legislature and signed into law on March 30, authorizes Condos’ office to consult with the governor to change the election process if necessary to promote public safety.

But on Tuesday, Democrat and Progressive senators verbalized their support for universal vote-by-mail and discussed how they could bypass Scott to quickly approve mail-in voting for November. 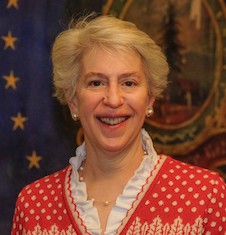 “I think the lesson learned here is that we should have stuck to our initial guns, which was keeping the power and the choice with the secretary of state and not adding that agreement with the governor,” Sen. Alison Clarkson, D-Windsor, said during the virtual meeting conducted over Zoom.

Following a lengthy discussion, Sen. Jeanette White, D-Windham, who chairs the committee, instructed BetsyAnn Wrask, attorney with the office of Legislative Council, to prepare new legislation in case Scott continues to delay a vote-by-mail expansion. The goal of the legislation would be to allow the Secretary of State’s Office to move forward without the governor’s approval.

Will Senning, director of elections and campaign finance for the Secretary of State’s Office, said there will be too many logistical challenges with preparing the ballots if there’s not a full commitment now.

“I just think it’s a very, very bad idea to leave this decision until after the primary in August. I think it’s untenable,” he said. 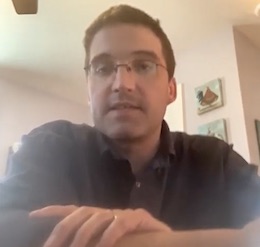 Will Senning, the director of elections and campaign finance for the Secretary of State’s Office

According to Senning, mailing ballots to 550,000 active voters will require the effort of two contracted mailing houses and cost between $300,000 and $600,000. Additional ballots will need to be printed and made available at polling places for voters who want to vote in person.

He added that his preference is to have the two mailing houses do a single mailing of ballots in September, but allow town clerks to handle individual requests that “dribble in” from some voters, following the standard absentee voter process.

Senning admitted that town clerks are divided over the proposal. “It truly is a mixed bag. I hear from clerks who strongly support the idea and those who don’t,” he said, noting that the Bennington town clerk supports expanded mail-in voting while the Rutland city clerk does not.

The proposal could run into opposition from Vermont voters as well. In a recent poll, 53% of registered voters in the Green Mountain State said election officials don’t have the ability to verify the identity of persons filling out mail-in ballots. Less than three in 10 thought mail-in voters could be identified. More than 70% of respondents said identification should be required for anyone to cast a vote.

Paul Burns, the director of the Vermont Public Interest Group (VPIRG), told the committee he believes universal mail-in voting is what the majority of people want.

“It has incredible public support — 72 percent of Americans now support voting by mail this upcoming general election. And if we did a poll in Vermont, my expectation is that the number would be even higher than that,” he said.

White said she thought the governor would be going against public sentiment if he doesn’t commit to the vote-by-mail initiative. She also strongly encouraged everyone not to use the phrase “vote-by-mail,” as it might lead some to think that in-person voting would be eliminated on Election Day.

As of Monday, Scott continued to insist on waiting until August to decide.

“I don’t know if there’s a wholesale change that is going to be at the appetite of anyone at this point,” he said during his regular COVID-19 media briefing.

If Scott prevails, the standard absentee ballot process could be used by any Vermonter who wishes to request a ballot and vote by mail.

Scott said Monday that, at least for the moment, the status quo will remain for the August primary election.

“I believe that [absentee ballots by request] is going to be the case for the primary in August and it will continue to be as traditional — you could ask for a ballot by absentee by request and it will be the same and the polls will be open like the status quo,” he said.

As for handling the logistics, Scott is urging election officials to put everything in place now, even if a final decision won’t be made until August.

“What I’ve said is let’s move forward just as we did with every other emergency situation,” he said. “Let’s get the ballots, let’s get the machines, let’s get everything that we need into place like we’re going to do it. But I’m just saying, we can’t print the ballots until after the primary anyhow.”

According to the Public Interest Legal Foundation, 28 million mail-in ballots have gone missing in the past decade. The problem of missing, misdirected or stolen ballots could become disastrous due to a severe funding crisis plaguing the United States Postal Service.

Regarding the safety of elections, other parts of the nation and the world have been carrying out in-person elections without incident. South Korea, a nation that does not allow mail-in ballots, held its elections safely without an uptick in new COVID cases.

The state of Wisconsin also held its primary election and had no known increase in virus cases.

Michael Bielawski is a reporter for True North. Send him news tips at bielawski82@yahoo.com and follow him on Twitter @TrueNorthMikeB. Bruce Parker contributed to this report.