FAIRFAX — On this year’s ballot, Fairfax voters will be asked to weigh in on a proposed $3.5 million town budget — an increase over last year that is largely due to an increase in population, town officials say.

Almost $2.5 million of the proposed $3.5 million budget will be raised by taxes, and $699,196 will come from fees associated with the trash contract, according to Town Manager Brad Docheff.

This budget is up almost $180,000 from last year. Docheff cited the growth in population for the increase. 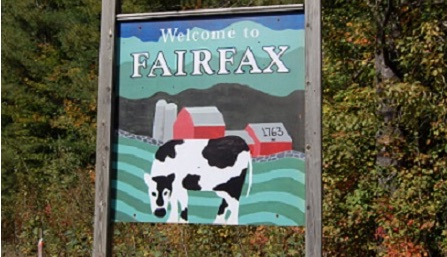 “Our grand list value in Fairfax with the influx of new residents continues to grow steadily,” Docheff said. “My hope, and the hope of the board, and it’s an expectation, that the increases in our operating budget will actually be offset by the increase in that grand list value.”

He anticipates the tax rate will not rise. Other contributing factors to the budget increase include an almost 30% increase in the law enforcement agreement with the Franklin County Sheriff’s Department, making room in the budget to contract professional planning services, increased staffing hours for the Town Clerk and Recreation departments, and increases in the Highway Department line due to material costs.

Articles 3 and 4 will have residents vote on $119,519 to go toward Fairfax Rescue operation expenses for EMS coverage, and $10,000 for a formal review and audit of Fairfax Rescue’s financial data, respectively.

The last expenditure for Fairfax voters to consider will be a total of $23,777 to support social contributions that provide services to town residents. This total is to be split between a number of local agencies. This sum is $350 more than what was on the ballot for social contributions last year.

The two library trustees and selectboard seats (two-year term) are contested while the rest of the races are unopposed.

The election is on Tuesday, March 2. Residents can vote via Australian ballot from 7 a.m. to 7 p.m. at Bellows Falls Academy, located at 75 Hunt St. Fairfax has opted not to move Town Meeting Day, which would have been allowed by a law recently passed by the Vermont Senate.

Eligible voters not yet registered can still register to vote up to, and on, March 2. Those wanting to have a ballot mailed to them must request an early or absentee ballot by Feb. 26 at 4 p.m. Residents can do this online at mvp.sec.state.vt.us, or by contacting the town clerk’s office. Early and absentee ballots have to be returned to the town clerk’s office by March 1 before 4 p.m.

An informational meeting “for the purpose of a presentation on the proposed Town Budget and a discussion on ARTICLES 1 through 7” will be on Saturday, Feb. 27 at 1 p.m. on Zoom.

Those wishing to attend should join on Zoom with the meeting ID: 840 973 9940 and the password: Fairfax. Alternatively, residents can join by telephone at (646) 558-8656 with the same meeting ID as above, and the password:974880. A direct link to this meeting can also be found on the issued warning.

Images courtesy of Wikimedia Commons/Mfwills and town of Fairfax