On Town Meeting Day, voters in Milton will choose between a variety of candidates who wish to serve on the Milton Selectboard. The town has both a one-year and three-year seat up for grabs.

A life-long Milton resident, Michael Morgan wants to give back to the community that he was brought up in, he said. 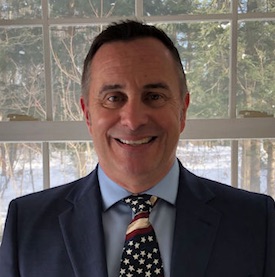 Morgan served in the U.S. military from 1979 to 2017. He served as a member of the Milton selectboard from 1989 to 1998, and again from 2018 to today. He is also a Milton Town Moderator, a member of the Board of Civil Authority and a Justice of the Peace.

Vying with Morgan for the three-year seat on the selectboard is current member John Fitzgerald.

“Milton is my hometown,” he said. “I have served this town for 11 total years on the selectboard at two different times. I retired from the military in 2017 after 38 years of service to the nation, our state and our town. Service is what I know.”

Morgan said he has a vested interest in seeing Milton remain a vibrant and growing community, and believes it to be one of the fastest growing towns in Vermont.

“I want to see us continue on that path in a responsible manner,” he said. We have lots of interesting and mindful projects underway and in various stages of development and construction in Milton. I want to continue guiding the town that has given so much to me in my 59 years. This needs to be very thoughtfully done as we navigate the waters of a post-pandemic world.”

“I have served for 11 years total on the board,” he said. “ I know how to run a municipal government.”

Morgan cited the vast experience he gained from being a leader in the military, an extremely high stress and fast paced environment, he said.

In addition, Morgan was elected last fall to the Vermont Legislature.

“This unique position allows me to have the pulse of what is going on in Montpelier and I can leverage that knowledge to our town’s advantage,” he said.

“I feel that Milton needs to be highly focused on working with our business partners to attract quality businesses that bring quality jobs and help stabilize our town’s tax base,” he said. “We have had reasonable success with this and need to continue doing this in order to keep our town vibrant.”

Morgan said the addition of Charlebois and Boves to the town’s economy was an excellent state. He believes Milton has both the land space and the infrastructure that is needed to support more business ventures.

“I’m also a big proponent of keeping our infrastructure in Milton in good working order for our citizens, so a large focus for me is our roads,” he said. “We have some catch-up to do to keep them in serviceable condition. We have also been deliberate and thoughtful where we’ve added sidewalks in our town core to keep pedestrians in a safe place to get around town.” 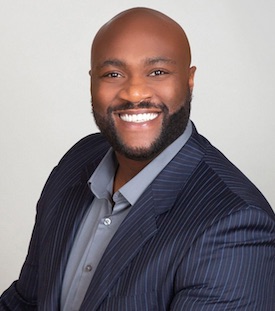 Kumulia “Kase” Long — former state Senate candidate, intelligence analyst with the U.S. Military and retail store assistant manager — has a vast array of experiences that have led to his run for both the Milton selectboard and school board, he said in a recent interview.

“I ran for the Senate last year and while I have two years to plan the next campaign, in the meantime, I want to make sure that I am fully contributing what I can to my community,” Long said.

Long studied social sciences in college, but feels like his life experience and perspectives will bring something new and diverse to the table, he said.

“It’s the culmination of all of my experience from working in Burlington doing manufacturing, working in customer service, to being an assistant store manager for a large chain store,” Long said.

Coupled with military experience, Long said these experiences have prepared him well for a leadership role.

WHY ARE YOU ALSO RUNNING FOR THE SCHOOL BOARD?

Long hopes his involvement will bring tangible change to the community, by “bringing fresh ideas or helping to evaluate and analyze risk assessments.”

WHAT ISSUES OR PROJECTS DO YOU HOPE THE BOARD WILL TAKE ON THIS YEAR?

Long noted that developing stores and a downtown area would make Milton attractive to outsiders, which would help Milton grow and thrive.

“We’ve got plenty of space here to develop and really grow into something that resembles an Essex downtown,” Long said.

Long wants to see more community involvement in the issues the selectboard takes on next year, due to a “consistent disconnect between elected officials and the people which they serve.” 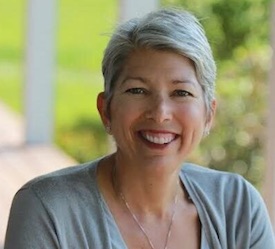 Lisa Rees is waiting in a drive-thru when she picks up the phone, but she jumped at the chance to explain why she would be a great selectboard member.

Rees currently sits on Milton’s Police Advisory Committee and has been a mentor with the Milton Community Youth Coalition for many years. On March 2, she is running for the one-year seat on the selectboard, against incumbent John Fitzgerald, Kumulia “Kase” Long and Darren Adams.

“I really care deeply about Milton, and I’m an avid volunteer in the community,” Rees said. “And I thought that getting involved locally could really help change things for Milton and also to change things globally.”

Rees has worked for the federal government for over 36 years and was the head of operations for Immigration and Naturalization Service. She worked on the budget for INS, which makes her confident that she’s the candidate that Milton needs, she said. Rees understands the ins and outs of the federal government and wants to ensure that our democracy remains intact.

If elected she wants to ensure “all Milton voices are heard and that economic and racial status are addressed on the board,” she said.

Rees believes Milton has grown in recent years for the better and wants to watch the town grow responsibly. Rees said she believes the tax rate has to be addressed because Milton residents have been paying too many taxes, for too many years.

“I feel that being involved locally can help bring transparency in government,” Rees said. “It can help people understand government and how they can get involved. We also want to make sure as a government we’re making sure people have access to information, to education, to healthcare and it’s really important to me that everybody’s voice is heard.”

Rees added that she wants to be elected because she is an advocate for volunteerism, and wants to bring that to Milton.

Darren Adams, a familiar face to the Milton selectboard, has hopes return to the board he served on for 10 years. In 2020, he lost his seat by just 35 votes to current member Brenda Steady.

Of Adams’ decade on the board, he spent eight of them as chair. An airfield manager with the Vermont Air National Guard, Adams was is also a member of Milton Rescue.

On March 2, he is running for the one-year seat on the selectboard, against incumbent John Fitzgerald, Kumulia “Kase” Long and Lisa Rees.

Adams said he is running because he wants to help Milton navigate its post-pandemic future.

“We have to get out of the COVID pandemic and work together to get through this,” he said. “We have to figure out whatever the new normal is.”

Adams is resilient in his belief that Milton is moving in the right direction and wants to help the towns stay the course.

If elected, Adams said he wants to finish projects he started, such as working with Milton Rescue and building on the economic development of Milton.

As a member of Milton Rescue, on which he served in the mid-1990s and recently re-joined, Adams is committed to re-building the department.

Milton Rescue once had over 50 volunteers and worked closely with the Milton Fire and Milton Police Departments to provide outstanding care to Milton residents, he said. Adams believes being in cooperation with neighboring towns is the key to having a successful rescue department. 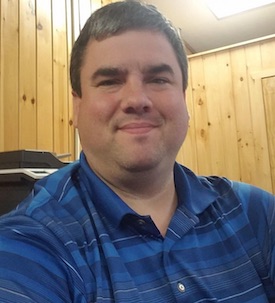 John Fitzgerald is running for re-election to the selectboard after an eventful term. He’s been involved with the Milton Youth Soccer Club for six years, starting as the equipment manager before becoming the vice president.

Fitzgerald is running for both the one-year and three-year seats on the selectboard. By law, he is only allowed to hold one position, so if he wins both seats he will have to forfeit one position.

For the one-year seat, Fitzgerald is running against Kumulia “Kase” Long, Lisa Rees and Darren Adams. For the three-year seat he is up against incumbent Michael Morgan.

Here’s what he had to say about running for re-election.

Fitzgerald and his former neighbors at the Birchwood mobile home park all saw that the process of moving from a trailer to a house was difficult, especially with high taxes.

“I think a lot of the exposure to income levels while I lived in Birchwood mobile home park really helped me understand the issues that a lot of the community was having,” Fitzgerald said.

He wants to hold those in charge of the budget accountable for how they spend tax dollars, and notes how the “town does a good job, but has room to grow.”

Fitzgerald has served on the board for a year now, and notes that he has learned a lot from the other board members. He will miss working with them but looks forward to serving with new folks if re-elected.

WHAT ISSUES OR PROJECTS DO YOU HOPE THE BOARD WILL TAKE ON THIS YEAR?

Fitzgerald explained that the board doesn’t exactly take on projects, but more so oversees the operations of the town and approves or denies proposals to spend money in order to execute certain projects.

“The board has to make sure that they [the town] are [is] presenting a suitable budget for the taxpayers,” Fitzgerald said.

Despite this, Fitzgerald notes that the city has big opportunities to improve maintenance of roads, and that some of them are seriously in poor condition.

This past year on the selectboard, Fitzgerald and his colleagues were called on to act on racial justice.

“One of the things the selectboard approved was putting a flag pole at River Street Park by the dam for different organizations to fly a flag each month,” Fitzgerald said.

He mentioned how calls on the city for action on racial justice were warranted, and he was happy to be able to work with community members to make their voices heard.

“The town developed a Police Advisory Committee which works with the Police Chief and the Director of Public Safety to look at our policing policy,” Fitzgerald said.

Fitzgerald said he was happy to help find the right five people for this committee to voice their concerns and connect with the rest of the community. He mentioned that he has learned a lot from the Milton Town Manager, Don Turner, and is hoping that he can work towards that role and maintain involvement in city government.