School choice was a policy star this week at the Republican National Convention. President Donald Trump capped off the week by stating his desire to “expand charter schools and provide school choice for every family in America” during his speech Thursday night, the final night of the convention.

A slate of speakers throughout the week made impassioned cases for school choice, including Rebecca Friedrichs, famous for bringing a legal challenge to the forced collection of union dues. Her effort resulted in the Supreme Court’s ruling in favor of teacher freedom in the case of Janus v. American Federation of State, County and Municipal Employees.

South Carolina Gov. Nikki Haley and Sen. Tim Scott, R-S.C., also made powerful arguments for education freedom. Scott called a good education “the closest thing we have to magic in America… When a parent has a choice, a kid has a better chance.” 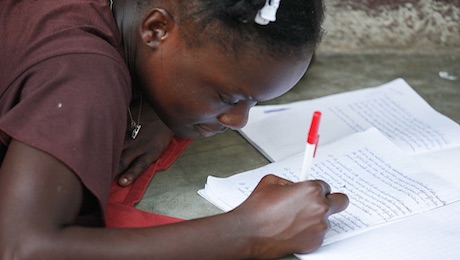 According to an Education Next poll from 2019, 62% of blacks and Hispanics support government helping pay tuition for children wanting to attend private schools.

On Wednesday, Tera Myers, an Ohio mother who helped launch that state’s school choice program for children with special needs, spoke about how life-changing school choice had been for her son, who has Down’s syndrome.

The teachers’ unions were none too pleased. American Federation of Teachers President Randi Weingarten tweeted in part, “Tonight we heard over and over about ‘school choice.’ This is their way [of] pushing to defund public ed.”

Her tweet begs the question: Why would giving parents a choice defund public education?Implicit in her tweet is the recognition that given an option, many parents would chose something other than their child’s assigned district school.

There are numerous policy changes Congress could make to advance school choice immediately, recognizing the particular urgency of the moment (most public schools across the country are still closed to in-person instruction). That includes:

There are dozens of federal programs that are ineffective and inappropriate for Washington to manage. Instead of those dollars flowing to district public schools that are largely closed, Congress should redirect funding for those programs to families to use at an education option of choice.

There are many to choose from, including:

2. Allowing Portability of Title I and Individuals With Disabilities Education Act Dollars

To help students with special needs and children from low-income families, Congress should allow Title I dollars and funding from the Individuals with Disabilities Education Act to follow students to learning options of choice.

For example, public schools receive $13.5 billion annually in federal the Individuals with Disabilities Education Act funding for students with special needs, ages three to 21. Federal policymakers could do a better job of serving these students by allowing them and their parents to access micro-education savings accounts worth approximately $2,000 per year, carved out of those existing the Individuals with Disabilities Education Act funds.

Similarly, the design of the federal Title I program for low-income students has become cumbersome and obsolete, with distributions today having little connection to district-level poverty. Congress should allow states to make their Title I dollars portable, following a child from a low-income family to a private school or education option of choice.

3. Creating School Choice for Populations That Congress Is Directly Responsible for Educating

Finally, for education purposes, specific populations of students fall under the jurisdiction of Congress. That include children from active duty military families, Native American students living on tribal lands, and children residing within the District of Columbia—a federal city. Congress should provide education options for these populations.

Most importantly, states should heed the call to advance education choice. COVID-19 has demonstrated how ill-prepared districts were to meet the needs of students when the pandemic hit. Six months later, most remain closed to in-person instruction, leaving children without access to their schools and friends.

It doesn’t have to be this way. American taxpayers spend more than $700 billion per year on K-12 education. If that money funded children directly instead of defaulting to a district school system, families could have maintained education continuity by directing dollars to learning options that were open, or to private tutors, learning pods, online education, micro-schools, and homeschooling co-ops. But the inflexible nature of the existing system precludes that.

States should be doing everything they can right now to provide emergency education savings accounts to families.