RUTLAND — Republican David Allaire was re-elected for a second term on Town Meeting Day, with voters approving his disciplined city budget of $21 million, a school budget of $54 million and bonds of $10 million.

For city residents, this year’s mayoral race was a surprise conservative buffet. Both candidates, Allaire and his unaffiliated challenger Michel Messier, are self-proclaimed conservatives. And just four months after Vermont’s anti-Trump backlash in the midterm election — which shrank the conservative presence in Montpelier to the worst level ever — the contest on Tuesday provided Rutland County’s GOP leadership with cautious encouragement.

Rutland City Mayor David Allaire was reelected to a second term on March 5.

Unlike other communities in Vermont, the city of Rutland does not conduct a public Town Meeting Day gathering of citizens for a voice vote. Instead, all municipal agenda items, including budgets as well as local elective offices, are voted on by secret Australian ballot the day after Town Meeting.

By mid-evening hours on Tuesday it was clear that Allaire had defeated Messier — who also lost the city treasurer’s race against Mary Markowski — by a vote of 1,707 to 657. Allaire, who has been an upbeat champion of the city’s long-awaited comeback, congratulated Messier for running a positive campaign.

Perhaps the differences between Allaire and Messier, who claims to be a descendant of 17th-century French explorer Samuel de Champlain, weren’t dramatic enough. Ultimately, it was Allaire’s experience as both mayor and a veteran city alderman, plus having earned citywide visibility in the heated 2017 mayoral race, that put him back in the mayor’s office for another two-year term.

Messier’s campaign was not unlike Allaire’s, but as a realtor, the challenger stressed that more efforts were needed to increase property values within city limits.

“We have a lot invested in this valley,” Messier said during PEGTV’s mayoral forum telecast on Feb. 27. “Rutland is a fabulous place to raise a family. I started out at the Lincoln School … but we are now the second-highest taxed state in the nation, according to a number of studies. Here in Rutland our property taxes are lower than elsewhere in Vermont. Unfortunately … we’ve had a flattening of equity but we are turning a corner. I just hope we can spread the investments instead of just in “pocket” developments.”

During the campaign, Messier also expressed his experience that city hall staffers were less than helpful to him, and likely other residents, when it came to help or with questions. 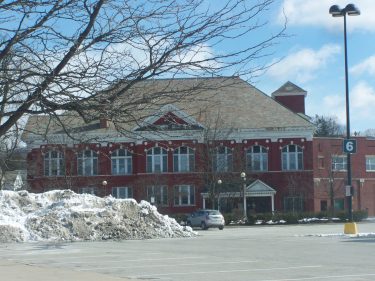 Michel Messier said during a recent mayoral forum, “Sometimes it’s daunting for me to go into city hall to find the answers I am looking for. … We need to work together and welcome one another into city hall.”

“Sometimes it’s daunting for me to go into city hall to find the answers I am looking for. … We need to work together and welcome one another into city hall … and be positive to make Rutland a better place,” he said.

Messier had claimed that he was the more fiscally conservative candidate of the two, but he also expressed his sincere liking of Allaire, even telling reporters recently, “I believe Dave’s heart is in the right place for the city.”

Allaire used the campaign to place his two years in office in perspective.

“I wanted everyone to think back to February 2017,” the mayor said. “The city was in turmoil, the city budget was late … and it had a substantial increase that was provided by the mayor (Christopher Louras).

“The fire department had all sorts of leadership issues and we were divided by the refugee issue. Fast forward to today: there is hope and there is optimism in the future. Projects are being completed, such as White’s Pool … and the Center Street Market Park which had been languishing for years. We got it completed and it’s a great space. New businesses are open … Starbucks is moving forward, and there’s an Indian restaurant moving in. All positive. And a new hotel project for downtown Rutland.”

Addressing Messier’s comments about city hall staff, Allaire admitted that there are some challenges there.

Building up Rutland has been a big job for Mayor Allaire. After defeating the more liberal Louras in a 2017 race widely regarded as a referendum on refugee resettlement, Allaire has been working to rebuild the city’s image around transparency and economic growth. As a 19-year member of the city’s Board of Aldermen, Allaire has been involved with the city’s many challenges, from crime and immigration to jobs and opioid abuse.

The mayor’s theme of economic development hadn’t changed since his last campaign for mayor. Among recent job successes was the announcement on Feb. 5 of GE Aviation in Rutland being award a $517 million U.S. Army contract to manufacture vital parts for Blackhawk and Apache helicopter test engines.

While the big Army contract won’t create new jobs, it will ensure long-term employment for those laborers and technicians at the Rutland facility.

But there have been a few dark shadows over the city’s retail sector. The most recent example was news that officials of Rutland’s Hobby Lobby store, located behind Panera on U.S. Route 7, announced that the outlet will be closing this month. Most of the store’s inventory will be transferred to the Hobby Lobby store in Glens Falls, New York. Allaire had talked with store officials about the decision, but the decision by management to close the store was firm.

Allaire has pushed for more affordable housing and encouraged homeownership in the city. He reported during the first week of February that single-unit home sales throughout Rutland County were looking good.

Typically, January has the lowest sales volume, according to Rutland-based Sargeant Appraisal Service. However, January 2019 returned volume similar to January 2018 and median sales price was up 9.7 percent year-on-year.

Allaire has been a champion of passenger rail service in Rutland and beyond. He sees a strong Amtrak ridership as vital to Rutland’s growth.

“I continue to serve on the governor’s appointed Vermont State Rail Council,” Allaire said last week. “My focus for many years has been to get the train to Burlington. The track has been upgraded for passenger rail. The tunnel project in Middlebury needs to be finished — some crossings also. I believe we are two years away. It will increase ridership substantially.”

Meanwhile, congratulations poured in from voters with many greetings posting to Allaire’s Facebook page.

“I am so happy for Rutland and that you are part of the change (coming) back to the Rutland I grew up in,” wrote Rutland resident Sharon Garafano Russell. “Keep up the good work.”

Rutland resident Judy Frazier wrote, “Awesome job. I had every ounce of faith in you winning this election (and with a city budget) that was held at less than one percent over the previous budget.”

Rutland voter Howard Stratton summed up the feelings of many city voters by posting his encouragement on the mayor’s Facebook page: “Congratulations, now let’s all work hard together to build Rutland up.”