Rutland County, VT—The Rutland County Republicans are pleased to announce that Dave Weeks, originally from Wallingford, now residing in Proctor is joining the race to represent Rutland County as one of our State Senators.

Foremost on Dave’s agenda is regional economic rejuvenation via business incentives and tourism enhancement. He recognizes the uniqueness of Vermont’s natural beauty/resources and the abundant underutilized local economic infrastructure, but believes strongly in balancing our quality of life for the next wave of regional economic revitalization. Dave sees a critical need for investing in highways/broadband infrastructure, lowering taxation, tourism rebranding, and working closely with our New York/New Hampshire/Massachusetts/Canadian neighbors. 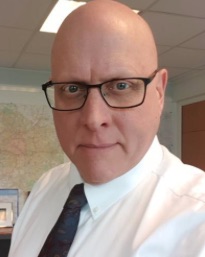 As a political moderate and fiscal conservative, he is highly skilled at diplomacy and seeking consensus but believes strongly that the status quo in VT is not good enough. He is an extremely strong advocate of small government and minimal taxation.

Dave’s abundant government experience with the highest levels of national/international leadership and the critical work of the Chambers of Commerce have inspired his drive to stabilize the chaos in government and the unfortunate erosion of faith in public institutions, and has enhanced a relentless emphasis on service for our community and our state.

To put his legislative goals in a nutshell, Dave stated, “My focus now is to rejuvenate the economic condition in Rutland County while respecting the unique soul of Vermont.”