Supporters of expanding school choice vouchers in New Hampshire are touting a new report that suggests the changes would save taxpayers money and provide better outcomes for students.

The report, released by the Josiah Bartlett Center for Public Policy, found that so-called Educational Freedom Accounts could save the state’s taxpayers more than $6.5 million the first two years.

The educational accounts, which are being considered by the state Legislature, would divert state educational dollars for students who choose to leave public schools to attend private, parochial or charter schools, or home schooling. 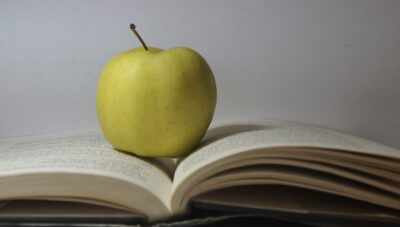 More than 1,000 students would likely sign up for the education accounts in the first year, the group estimated, and enrollment would likely more than double the following year.

The report suggested the system would be able to educate students at less than 25% of the cost of a traditional public school.

The Bartlett study noted that the state would have upfront costs for setting up the new program but said those would be more than offset by the savings to local taxpayers.

The group estimated that the state would spend about $2.4 million on educational accounts in its first year but school districts would save a projected $4.2 million.

Overall, the program would generate about $30.6 million in “higher lifetime earnings” for students and $13 million in economic benefits for the state, according to the report.

More than 1,000 students would likely sign up for the education accounts in the first year, the group estimated, and enrollment would likely more than double the following year.

Release of the report comes as lawmakers consider Senate Bill 130 filed by Senate Majority Leader Jeb Bradley, R-Wolfsboro, which cleared a key committee this week. The bill would authorize EFA’s for families whose household income is less than 300 percent of the federal poverty line.

New Hampshire has a tax credit program, created in 2012, that provides scholarships for public school students who want to attend private schools or get home-schooled.

But advocates say the program doesn’t go far enough to meet the demand, and only covers a portion of the expenses. The average grant in the previous school year was $2,800.

The state Department of Education has projected the expansion of vouchers would save the state between $360 million to 393 million over the next decade.

Republicans have filed similar proposals in the past all of which have been blocked by Democrats who were in control of the Legislature until the Nov. 3 elections.

A proposal named after the late-House Speaker Richard “Dick” Hinch would authorize annual grants of up to $4,597 per student if they decided to attend private or charter schools.

But the legislation stalled in a House committee after failing to garner enough support.

One thought on “Report: New Hampshire school choice plan would save money”