China’s anti-coal campaign is causing people in the country’s poorest areas to freeze for lack of adequate energy supply, according to a report Monday from Climate Home News.

A five-year anti-pollution drive is forcing rural areas in northern China to switch from dirty coal to the cleaner alternative. The retrofitting campaign has sent gas prices soaring while children and mothers are left without heating systems, the report notes.

“It is very cold, but there’s nothing we can do except wait,” one mother told the Guardian without giving her name. Many citizens in Zhuozhou are waiting for their homes to be fitted with natural-gas furnaces — officials removed coal furnaces from individual homes in the area. 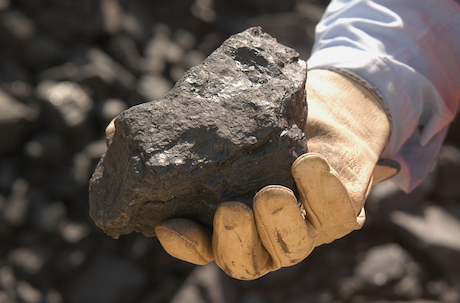 COAL CRACKDOWN: China has been replacing less efficient coal plants and even delaying projects until after 2020 as part of the government’s crackdown on air pollution.

“Every day from 7pm to early next morning, there’s no heating. Sometimes the gas supply is not stable when cooking,” a taxi driver who gave his surname as Feng told the Guardian about the shortage of energy in the area.

Local officials began stripping coal heating systems from homes in a mad-rush to comply with the country’s environmental program.

“The original plan was to shift coal to gas only in some ‘core areas’,” He Kebin, an academic who advises the central government on air pollution, said, according to the Guardian. “But it turned out local governments are too enthusiastic, greatly raising the demand.”

Many others say nights are “increasingly unbearable,” especially for seniors and toddlers forced to huddle together to stave off below freezing temperatures. A street cleaner said he had to burn firewood to keep warm.

China’s state council laid out comprehensive plans in 2013 to reduce levels of the tiny particulate pollutants pose the greatest health threats –  officials wanted to reduce PM2.5 levels in Beijing from around 90µg/m3 to 60µg/m3 by the end of 2017. The World Health Organization wants the mean of 10µg/m3.

Authorities decided some rural areas in northern China had to ratchet up plans to transition coal-fired heating system into gas-powered ones if Beijing and its surrounding areas were to meet the targets. The issues could become more acute over the next several years as China continues ratcheting down coal production.

China has been replacing less efficient coal plants and even delaying projects until after 2020 as part of the government’s crackdown on air pollution. But the communist nation still operates 1,000 gigawatts of coal-fired power capacity, and that number isn’t expected to change much in the coming decades.

China promised to peak greenhouse gas emissions by 2030 and increase its use of energy from non-fossil fuel energy sources. Government officials want to get 20 percent of its energy from solar, wind, nuclear and hydro power by 2030.

The country’s crusade against coal was kickstarted after officials signed the Paris accord ambitions alongside former President Barack Obama in late 2014. One year later, China joined nearly 200 other countries in signing the accord.

President Trump announced in June that he would withdraw the U.S. from the Paris accord, largely on grounds that it favored China and India. Many politicians and environmentalists now see China as the “leader” of the global warming crusade.