By Monica Burke | The Daily Signal

Religious freedom has set our nation apart from the very beginning.

Among its many benefits, religious freedom allows religious individuals and groups to make unique contributions to the public good. And those contributions are massive — from founding countless universities and hospitals to funding charities and the arts.

The economic byproduct of religious liberty is also noteworthy. Religious groups and religiously motivated businesses like Masterpiece Cakeshop contribute $1.2 trillion to the U.S. economy each year. 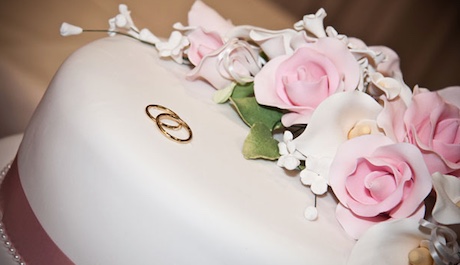 BAKE IT?: Depending on what the Supreme Court justices decide, Americans may no longer have religious freedom when it comes to deciding whether or not to supply services for gay marriage ceremonies.

It is deeply concerning, then, that religious freedom in the marketplace is coming under threat.

That’s the subject of the Supreme Court case, Masterpiece Cakeshop, Ltd. v. Colorado Civil Rights Commission. In this case, the court is considering whether a state can force a Christian cake baker to bake a custom cake for a same-sex wedding in violation of his deeply held religious beliefs.

Jack Phillips, the cake baker and petitioner in this case, has received support from a host of groups and individuals, including a large group of Catholic organizations that filed an amicus brief in support of his case.

The Catholic groups also argue that in a pluralistic society like the United States, robust protection of the First Amendment is an absolute necessity. They urge the court to uphold the right to free speech and religious freedom in this case, so that Phillips and others like him can continue to live out their vocations and contribute to society—whether by providing the public with delicious baked goods or desperately needed social services.

The Catholic groups also point out that free speech is not simply the right to speak, but the right not to be forced by the government to speak a message that violates one’s conscience.

The Supreme Court established in the landmark case West Virginia Board of Education v. Barnette that “[t]he ‘right’ to speak and the right to refrain from speaking are complementary components of the broader concept of ‘individual freedom of mind.’”

Phillips has the right not to speak by not creating a custom wedding cake for a same-sex ceremony. In forcing Phillips to bake the cake or pay excessive fines, Colorado is trying to force him to communicate a message about marriage that violates his religious beliefs.

The brief explains why this action on the part of Colorado is completely unnecessary. Phillips does not discriminate against anyone because of who they are. He serves all customers—he just doesn’t communicate all messages, namely those that violate his conscience. And the government should not force him to do so.

Also at stake here is Phillips’ right to associate or not to associate himself with an event, like a same-sex wedding that would violate his beliefs.

In his case, crafting a custom wedding cake would include delivering the cake to the wedding ceremony and mingling with the couple and their guests, which may be interpreted as endorsing or cooperating in the marriage. Phillips also has the right not to associate with an occasion that would violate his conscience.

The groups clarify that these freedoms extend to institutions as well. A ruling against Phillips would force other faith-based organizations—from hospitals to adoption agencies to charities—to choose between their beliefs or shutting down their businesses.

Catholic Charities and other faith-based adoption services in Illinois, Massachusetts, and the District of Columbia were forced to close their doors because they believe that every child deserves both a mom and a dad. As a result, children were displaced from Catholic Charities to other agencies.

The Catholic groups contend that unless the court defends the First Amendment, these groups will no longer be able to care for the most vulnerable in our society. The neediest in our society will suffer most if they lose the public goods that people and organizations of faith provide.

Similarly after Obergefell v. Hodges, the Supreme Court should protect the consciences of people on both sides of the same-sex marriage debate.

By protecting freedom of religion, speech, and association for people like Phillips, everyone wins. Safeguarding these freedoms will enable religion to flourish, and religious people and organizations to continue offering public goods for everyone’s benefit.

3 thoughts on “If a Christian baker’s rights are violated, we all lose”