This commentary is by state Rep. Anne Donahue, R-Northfield, vice chair of the House Committee on Health Care.

Sept. 28 is the 100th anniversary of the conference in New York that solidified the theory and social policies of eugenics: the concept that genetics control the quality of future generations and therefore sterilization (or later, killing) of society’s “degenerates” or less socially valued lives could improve the human stock.

The anniversary has been marked with a program of events around the world that reflect on the history of white supremacy that led to eugenics and continue to infect us today.

Thus, it is fitting that this is the year Vermont’s Legislature passed its apology to Vermonters who were injured by eugenics. 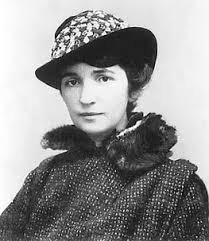 Margaret Sanger, founder of Planned Parenthood, was a leader in the eugenics movement.

The policies targeted mostly the poor and those with mental or physical disabilities, as well as those documented as French Canadian, French-Indian, or of other mixed ethnic or racial composition. In other states, targeting was focused on Black women on the claimed basis of reducing poverty and burdens on public support.

Our nation continues to be torn apart by two social traumas that are in confluence in this same year: systemic racism and abortion.

Documents from the Anti-Eugenics Congress program series reflect upon the roots of eugenics as being within longstanding European racialized classification systems, colonial imperialism, dispossession of indigenous peoples, policies of segregation, and immigration exclusion.

This is our ugly history of defining the fit and the unfit — those lives that are worthy versus not as worthy.

We fail to recognize that it is those same beliefs that influence arguments in support of racism, ableism, sexism, anti-immigrant xenophobia, homophobia — and abortion.

Margaret Sanger, founder of Planned Parenthood, was a leader in the eugenics movement.

Planned Parenthood removed her name from its New York affiliate building last year, acknowledging that it was “both a necessary and overdue step to reckon with our legacy and acknowledge Planned Parenthood’s contributions to historical reproductive harm within communities of color.” In other words, the planning of parenthood was part of the agenda to curtail the growth of people identified as of lesser value.

The implicit desire to encourage curtailment of growth in disproportionately Black communities through contraception and access to abortion — the citing of the cycle of poverty often being a pseudo-reference to race — was most blatant in those same communities of color disproportionately affected by eugenic sterilization in the South.

Part of the abortion debate today focuses on the fact that women can become trapped by an unwanted pregnancy, and men cannot. Although the fact that only some people have uteruses and can give birth is based neither on governmental nor social policy, it is the basis for asserting discrimination endorsed by government if abortion access is curtailed.

That ignores any bodily integrity of the new life developing as an integral part of, yet genetically distinct from, that woman’s body.

It grieves me when the pro-life movement acts as though only that yet-to-be-born child has life and equity to consider, for its mother is experiencing a radical imposition on her body that was not an intentional choice. Few women want to become pregnant and then to abort a healthy child who poses them no grievous health threat.

But it also grieves me when pro-choice advocates act as though abortion is solely about women’s health care, without regard to any intrinsic human value of that life being sustained solely through a human womb. Roe v. Wade explicitly stated that a privacy right was not absolute when a mother carried a developing child.

The new Texas law, in targeting anyone who tries to exercise compassion toward a woman in that situation and thus ignoring the agony of a woman struggling with something outside of her own control within her body, is utterly the wrong direction.

But Vermont’s new law that blocks interference with any abortion at any time is also utterly wrong, because it denies the validity of society having any interest in the value of a developing independent life, since it is considered not yet fully human.

Not fully human. Where have we heard that before in our history, as a reason to dismiss the centrality of equity among human lives?

Neither eugenics leaders nor slaveholders were violating the social standards of their time. They were sanctioned by constitutional interpretation. But history is not kind to that rationalization.

The day may come when we express our apology for the disregard of the human lives that are in utero in the same way we did this year for those lives we devalued 70 and 80 years ago in Vermont’s eugenics policies.

We should not have the hubris to be so certain that our current views on which rights have supremacy are not simple rationalizations.

The current effort trying to lock them into our constitution with a demand that any future social interest in those nascent lives bear the burden of proof of their fitness would be the worst of such hubris.

5 thoughts on “Rep. Anne Donahue: We look back on eugenics, slavery in horror — maybe someday abortion, too”