This commentary is by Renee Brodowski, of Addison County. It is Part 3 of a three-part series.

Part 1 of “Who has custody of our children: parents, or the State?” covered legislation in Vermont that usurps parental authority, with an emphasis on H.659, the “Hormone Blocker Bill.” Part 2 covered what and who is driving this type of legislation.

Part 3 provides information for parents to arm themselves against the gender ideology assault.

Abigail Shrier, author of “Irreversible Damage: The Transgender Craze Seducing Our Daughters,” outlines the three issues involved in the transgender phenomenon during her speech at a Hillsdale College National Leadership Seminar: (1) the 0.01 percent of the population that truly experiences gender dysphoria, most of whom are male, of which seventy percent outgrow their dysphoria; (2) the “rampant onset gender dysphoria” contagion among adolescent girls since 2012 that Shrier compares to social contagions anorexia and bulimia; (3) activists that exploit the other two groups, resulting in invasion of women’s spaces and sports. 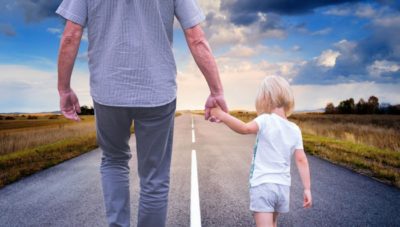 Knowledge of gender ideology and active participation in government are part of the antidote against efforts to usurp parental authority. Parents are the experts of their children, not the State. Let’s keep it that way.

“In the United States, this crisis among teenage girls gets treated as a political issue — a conservative issue — rather than a medical one. And so perhaps the greatest medical scandal of our time is dismissed as a conservative preoccupation,” Shrier says.

Parents who have trusted so-called experts in education and mental and physical health often find themselves ill-equipped to address issues of gender and sexuality that arise in their own children, as Chloe Cole, an 18-year-old former transgender child, testifies.

Chloe began transitioning at the age of 12. She describes herself as a person who never fit into social norms, a shy tomboy who learned on Instagram that she could become part of a celebrated community by subscribing to gender ideology; she was seduced by the praise and attention LGBTQ+ persons received online and found the attention she received while transitioning intoxicating.

In her seven-minute testimony, Chloe says, “I was only twelve years old when I told my parents that I was a boy. Like many parents in that situation, they didn’t have a clue what to do. They were scared and desperate for answers. They wanted what every parent wants for their child — for me to be okay and thrive.

“The gender clinic presented my parents with the classic false dichotomy regarding children with gender dysphoria: ‘would you rather have a dead daughter, or a living son?’

“Given these options, what loving parent wouldn’t choose to transition their child? Scared for my life, my parents were prepared to sign anything the doctors asked. This was not informed consent. It was a decision forced under extreme duress.

“At sixteen, I finally realized what happened to me — that I had made a huge mistake. … My parents were shocked and felt like they failed me on every level imaginable.

“The medical professionals who got me into this mess now have no idea what to do with me, and they refused to help me. It almost killed me, as it has killed many who regret transition,” Chloe stated.

Walt Heyer, author of “A Transgender’s Faith and Paper Genders: Pulling the Mask Off the Transgender Phenomenon,” is a man who learned hormones and sex change surgery did not solve his underlying issues. He now helps others “whose lives have been derailed by sex change” through his website, Sexchange Regret.

To repeat the question posed in Part 1: If a parent disagrees with state statutes regarding medical and mental health protocols for minors, would their parental custody be at risk?

Knowledge of gender ideology and active participation in government are part of the antidote against efforts to usurp parental authority.

Parents are the experts of their children, not the State. Let’s keep it that way.