The left offers up record-scratch sound bites depicting earth-ending terrors. They predict climactic soon-to-be-upon-us doomsday scenarios. They even promise the destruction of jobs or revenue due to climate change. Then they destroy them. 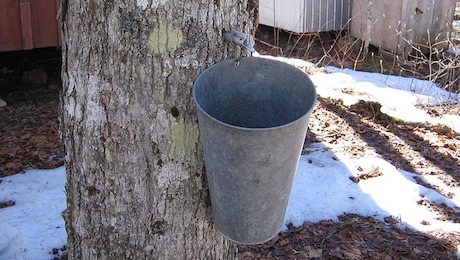 Thanks to “climate change,” Vermont sugar houses set a state record. In 2022 Vermont produced more maple syrup than the next six states combined.

Remember all the doom and gloom they promised under Donald Trump. In the end, it was the Democrats who made all of that happen — riots, crashing stock market, economic collapse, joblessness, and even the threat of nuclear war.

We had the opposite under Trump, but the Democrats have brought their hyperbolic projections from political fantasy to real-world reality in just a historical shake of a lamb’s tail.

And so it is their climate catastrophe. The failed predictions are numerous; in every instance, they’ve either been wrong (nothing happened), or the opposite occurred. From declining tourism and skiing (they tried to kill both with COVID) to fewer apples or leaf-peepers, the promised warming either didn’t deliver or delivered the inverse.

That includes maple syrup. We have had good years, great years, and down years, but it’s been like that for years. Forever actually. But if the climate is getting warmer and climate change is here, and it is bad, then they should not be getting better.

According to Vermont Public Radio, the state harvested more maple syrup in 2022 than in any previous year (and more than any other state). How much syrup is that? This year, Vermont produced 2.5 million gallons of the sweet stuff. Last year it was only 1.7 million.

Thanks to “climate change,” Vermont sugar houses set a state record. In 2022 Vermont produced more maple syrup than the next six states combined. Impossible if the cult’s dogma has any legs. But it wasn’t just Vermont. While 2021 was a down year, everyone except Pennsylvania produced more syrup per tap and in total than in 2020.

According to the worshipers of those Global Warming gods, this should not be happening. But there it is. And before you pretend it’s a ho-hum increase, 2020 set a global record for total production.

The secret was as many or more taps and a lot more tapping days in 2022 than in the down year of 2021 (or even 2020). More days, more syrup. Something that would be impossible if CO2-induced warming was, well — warming the northeast. We would have fewer and fewer tapping days, not more.

But the climate cult’s global warming era has been very good to the maple syrup folks. It’s the actual peddlers of the cult that have proven detrimental to mankind and the planet.

18 thoughts on “MacDonald: Is ‘catastrophic climate change’ why Vermont had a record year for maple syrup?”