The chairman of the Chinese Communist Party, Mao Zedong, wrote that there are three phases to an insurgency. While the ideas of one of the most brutal tyrants in history should be left in the ash heap of history, some of his teachings have been followed to a tee in some corners of this country. 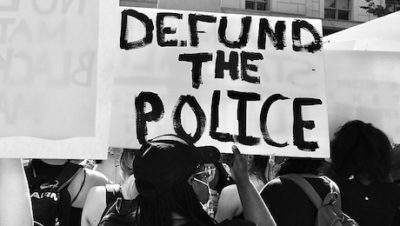 From taxpayer-funded abortions on demand to defunding the police, from their $3.5 trillion social engineering boondoggle to indoctrinating our children with critical race theory, the Democrats tried to move into phase three too soon. They struck before enough people have been indoctrinated.

The first phase in sparking an uprising is the cultivation of a message, which the radical left has been doing as early as the days of Saul Alinsky, if not earlier. The central message of the left today is that America’s institutions — and Western civilization as a whole — are structures of oppression that must be entirely deconstructed to make way for a new progressive social order.

The second phase is centered on controlling the propagation of information. The liberal establishment has long been dominant in the education and media establishments, but the left’s complete control of the institutions has reached new heights in recent years.

From indoctrinating the young with critical race theory to calling parents “domestic terrorists,” the education system now disseminates propaganda instead of teaching students to be productive and patriotic citizens.

Similarly, we have seen censorship rise to new levels on social media, as those who counter the progressive elite’s narrative are silenced. The selective canceling of anyone who doesn’t engage in groupthink undermines the core of what makes this nation great.

Once enough people have been indoctrinated, the third phase starts: direct conventional warfare. The left has moved quickly into this third phase since President Joe Biden’s victory one year ago—but perhaps too quickly.

From taxpayer-funded abortions on demand to defunding the police, from their $3.5 trillion social engineering boondoggle to indoctrinating our children with critical race theory, the Democrats — like the North Vietnamese in 1968 — tried to move into phase three too soon. They struck before enough people have been indoctrinated.

For the remainder of the war, the North Vietnamese Regular Army conducted the fighting. While the parallels are not perfect, the clear similarity is the Viet Cong chose to move into phase three — direct warfare — too soon. It failed.

Unfortunately for the freedom-loving people of South Vietnam, America, and specifically the U.S. Congress, withdrew its support for the fight. Seven years later, Saigon fell.

Our nation witnessed the liberal progressives’ version of this Tet Offensive on Nov. 2. The left’s advancement into the third phase prematurely resulted in the decisive victory in Virginia, along with the failure of the “defund the police” ballot measure in Minneapolis, one of the bluest cities in America.

Of course, New Yorkers elected a former police officer as mayor. Perhaps it was their hatred of former President Donald Trump, or perhaps they realize their control of Congress is tedious at best and soon coming to an end.

Regardless, because of the left’s premature and extreme overreach, the American people were awakened and thus able to end their efforts to create their socialist utopia, for now.

But as in Vietnam, we won a great battle through their premature move to phase three of their insurgency. However, the war is not over—and our fight for this great nation must and will continue.

Rep. Mark Green, a combat veteran of Afghanistan and Iraq, represents the 7th Congressional District of Tennessee. He serves on the House Armed Services and Foreign Affairs committees. Originally published in The Daily Signal.

2 thoughts on “Ready, aim, fire: Left fired too soon and created its own Tet Offensive”