Last week Republican Leader Kevin McCarthy rolled out his Commitment to America if Republicans were to win the U.S. House this year. Being a Vermont Republican, I always have to step back and evaluate whether the Republicans in Washington really represent us here in VT, but on this issue I think they drafted a plan that any Vermont Republicans could stand on. The four basic pillar include:

Together these four elements provide a comprehensive vision for what Republicans believe can unite our nation and put us back on the right track. The last two years of complete Democrat control in Washington have created problems that they are either unwilling or unable to fix. 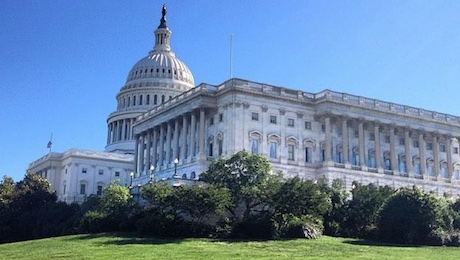 These four pillars that hold up the plans for a Republican majority in Congress not only address the very problems that have been created under single-party rule by Washington Democrats, but also puts forward specific steps that Republicans would follow to correct those policy errors, and get America back on track.

A Strong Economy
Republicans will work towards building an economy that can be affordable for everyone. Biden’s energy policy on day one put a limit on supply that sent prices through the roof. And once energy prices go up – that increase in costs trickles down to anything that need energy, either in the form of electricity to operate a business or manufacturing, all the way to the fossil fuels still needed to efficiently transport good and materials across our nation.

A Safe Nation
Republicans believe one of the most critical roles that government can play is to provide public safety. To us, that means properly funding our police departments and making sure that our criminal justice system is effectively keeping repeat offenders off the street so that law-abiding citizens have the freedom to move about their community without being concerned for their own safety.

A Future Built on Freedom
Republicans want to ensure that our people have the right to freedom of expression, the free exchange of ideas and the freedom to determine their own destiny. Parents should have the freedom to find the best education for their children to give them the best future possible.

Accountable Government
Republicans want to make sure that our government is open and transparent and serving the needs and interests of its people. While that may have other implications on that national level, this is something I’ve been talking about here in Vermont for a while.  Democrats have continued to outsource more and more policy decisions to unelected bureaucrats like the Green Mountain Care Board or the Public Service Board, taking it out of the hands of our elected representatives.

Right now more people than ever before believe that American is on the wrong track. A recent Monmouth poll put the number of Americans worried about our future as high as nearly 90%. But these four pillars that hold up the plans for a Republican majority in Congress not only address the very problems that have been created under single-party rule by Washington Democrats, but also puts forward specific steps that Republicans would follow to correct those policy errors, and get America back on track.

7 thoughts on “Paul Dame: The four pillars of ‘Commitment to America’”