As someone who has always been pro-choice, I have talked to many Vermonters about Prop 5/Article 22, the constitutional amendment on the November ballot. They are supportive because all they hear is that it’s about a woman’s right to do with her body what she will, and how can you say no to that?

But they have second thoughts when they find out that it allows for an on-demand abortion up to and including nine months. 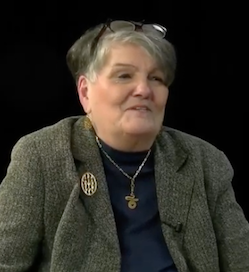 Nine months — think about it a minute. When is a fetus a baby? I don’t know the answer, but I would think that at nine months at the very least it can be referred to as an unborn baby. All systems are a go — heart, lungs, brain, limbs etc. All the unborn baby needs is one breath of air and it’s off to the races – a new living, breathing member of the human race.

I asked someone from Planned Parenthood about Prop 5 and she assured me that no one in Vermont would have an abortion at nine months. So I asked her why they wrote the amendment to include on-demand abortions through the entire pregnancy. I said, if you wrote the amendment with reasonable limits, more of us would support you. She chose not to answer my question. I took that to mean that this is what Planned Parenthood wanted — just because they could. And you and I know that if it’s available and legal someone will take advantage of it.

Don’t misunderstand me. I support a woman’s right to have an abortion, but only during the first trimester, with some exceptions after that — such as, of course, if the woman’s life is in danger or other tragic circumstances. For those who say, “it’s a woman’s right,” I remind you that with every right comes responsibility. You and your partner are responsible for ensuring you do not get pregnant.

There are before, during and after-methods that both you and your partner can take advantage of. Yes, sometimes life plays tricks on us and women find themselves pregnant.

But you wouldn’t know by reading Prop 5/Article 22 that it is allows on-demand abortions up to and including nine months. Its language is deceptive because it only focuses on individual rights. I’m not sure in this day-and-age of transparency why it’s worded the way it is — but here we are. I cannot imagine that Vermonters would support this amendment if they knew what the language allows.

Many are upset about the Supreme Court’s decision to reverse Roe v. Wade and leave it up to the states to regulate abortion. But is this really what Vermont wants as part of its constitution?

I am hoping that Vermonters vote against Prop 5/Article 22 and require the Legislature to go back to the drawing board and create a more reasonable proposal — one that mirrors Roe v. Wade. I have always supported Roe v. Wade. When it became law, I was glad that women would be able to get a safe abortion because we all know that women are going to get abortions with or without the law being on their side.

Please consider the impact of Prop 5/Article 22 and vote no. I know many of you consider this a woman’s right — but remember as noted above, with every right comes responsibility. Be responsible and have the Legislature create a proposal like Roe v. Wade that includes appropriate exceptions.

Pat McDonald is a former state representative and in addition to six other appointed positions served as Commissioner of Human Resources for the State of Vermont. She lives in Berlin.

9 thoughts on “Pat McDonald: I’m pro-choice, but abortion all 9 months? No way, Vermont”