Republican House candidates running for the Orange-1 House district have offered their views on the coronavirus lockdown, defunding the police, the Global Warming Solutions Act and mail-in elections ahead of Tuesday’s primary.

The district, which includes the towns of Orange, Williamstown, Washington, Corinth, Chelsea and Vershire, has six candidates in all. Three Republicans and three Democrats are competing for two seats in the district.

The two incumbents are Rep. Carl Demrow, a Democrat, and Rep. Rodney Graham, a Republican.

The challengers include Democrats Susan Davis from Washington and Kate Maclean from Chelsea, and Republicans Samantha Lefebvre from Orange and Levar Cole from Chelsea.

Cole and Lefebvre — the only two candidates who responded to TNR’s requests — are associated with the conservative group once branded as “Agripublicans” by gubernatorial candidate John Klar.

The questions TNR posed to the candidates were as follows: 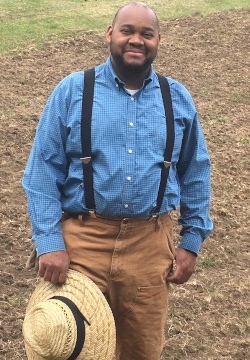 Concerning the coronavirus-related shutdowns, Cole said health officials originally said the purpose of the lockdown was to protect hospitals from getting overrun.

“Depriving people of liberty has to be commensurate with risk. When we saw the public health risk was lower than we presumed and modeled, we could have loosened the restrictions sooner. And contrary to some opinion writers in other news outlets, it’s not about ‘I can and must get my massage,’ as Ann Aikens wrote in her May 7 Randolph Herald column. Rather, reopening was about people needing to provide an income for themselves and their families. It was about people seeing the value and dignity of work; it was about employers burning through their life savings to keep employees paid. Now it seems like we’ve gone from don’t overwhelm the hospitals to shutdown is the cure.”

Lefebvre says that she supported the governor’s response initially, but now it’s taking too long to reopen.

“I believe that a response was needed, and that Governor Scott did just that,” she said. “Vermonter’s have worked hard and listened to the requests from the governor to protect themselves and their loved ones from a devastating sweep of the coronavirus. My reaction to the response is that I feel the loss of most jobs and businesses could have been prevented by opening our economy back to Vermonter’s sooner.”

“If the mask mandate is being enforced as of August 1st, why was it not mandated in April or May 2020 with the opportunity to have most business open back up to a fuller capacity?”

Cole said he is not for defunding the police.

“I can understand a serious discussion about adjusting resources to better support education and training on appropriate use of force, reprioritizing enforcement activities, and more community engagement, but I don’t think wholesale defunding fits the bill of serious discussion,” he said. 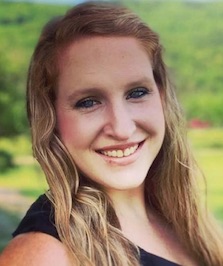 Lefebvre also does not support defunding the police.

“I spent five years as a firefighter and EMT and I can’t count the amount of times that an officer played a crucial part in saving a life, defusing a hostile situation, and bringing protection to the men and women who selflessly answer the call to help.”

She is OK with further government investment in mental health support and “community education regarding mental health treatment and conditions.”

Cole said he is against the Global Warming Solutions Act.

“I am principally running because it seems like legislators go to Montpelier or log in via Zoom forgetting the reality of our current crisis,” he said. “We still have soaring health care and housing costs. Property taxes, income taxes, and business taxes are still overwhelming for many. And adding to it, we are now in a huge self-imposed economic shutdown.

“We are likely facing large revenue shortfalls and yet the legislature pushes through new regulatory schemes and new tax proposals rather than focusing primarily on what it will take for Vermonters to quickly get back to work safely, and what needs to be done to mitigate the effects of our shutdowns. This is more than telling people to wear masks, and it’s more than handing out food. Montpelier needs to focus on restarting the economy and reducing barriers to economic success for workers, employers and retirees. We cannot afford to play government as-usual.”

Lefebvre says it’s not the right time for bills like the GWSA.

“There is a time and a place for all legislation to be discussed, and this is neither,” she said. “If the legislators are being called back to Montpelier at the end of August for extra time, the only matters they should be working on are the pressing budget and COVID-19 relief and funding. Many people I have talked with while out campaigning have asked about the federal funds that were designated to be distributed to Vermonters for their essential work during the peaks of COVID-19. Maybe this should be a matter they can pursue?”

Cole said he is not for expanding the traditional absentee voting process to universal vote by mail.

“We have a system where we can request an absentee ballot. Our clerk sent out a postcard reminding us of this,” he said. “Clerks also remind people coming in and out of their office, on Front Porch Forum, at meetings, and information is on the town and elections web sites, radio, television, newspapers, blogs, and candidates remind voters to request absentee ballots. I’ve yet to hear how the current process is deficient, and we are spending a lot of time and money rolling out a new process with questionable need.”

Lefebvre said she is not for mailing ballots out automatically to all registered voters. She says that Vermonters can already, for any reason, request an absentee ballot by notifying their town clerk.

“Why change something that was not broken?” she said, adding that recent problems with the normal absentee ballot system are even more reason not to expand the system.

“There are households that are getting more request postcards then there are members, there are some that aren’t receiving anything due to missing information on the state level, and there are some ballots being returned that are spoiled due to being filled out incorrectly or simply not signed,” she said.

3 thoughts on “Orange-1 House candidates take on the issues”