Two Republican challengers have their sights set on two Democrat incumbents for the Lamoille-Washington House district, and outsider candidates this year appear to offer a clear contrast with the status quo in Montpelier.

The district, comprised of Morristown, Elmore, Woodbury and Worcester, has two House seats filled by Democrat Reps. Avram Patt from Worcester and David Yacovone from Morrisville.

The challengers hoping to unseat the incumbents this year are Republicans Shannara Johnson and Tyler Machia, each from Morrisville.

Johnson is a native German who became an American citizen, and despite having once been “rooting for Bernie” in 2016, she is now a Republican. Machia is known to some as the former regional captain for the Bruce Lisman campaign for governor, four years ago. He has a master’s degree in public administration from UVM. Machia did not respond to TNR’s request for comment.

Patt has experience in energy-related issues. He was the general manager of the Washington Electric Co-op from 1997 to 2013, and he currently serves on the House Committee on Energy and Technology.

TNR posed the following questions to the candidates: 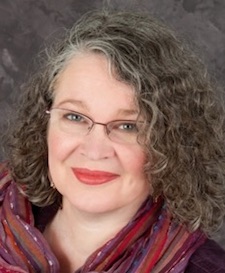 Johnson said she does not think all the economic shutdowns were worth it.

Johnson added that too many people are in a “COVID hysteria” and are too aggressive in pushing people to wear masks.

Yacovone takes the other side of this issue.

“Vermont’s response is not an overreaction, it is based on science,” he told True North. “While certainly the pain and suffering has been very troubling and difficult for so many, the alternative would be unacceptable.

“The key to restoring economic stability and moving to an even stronger economic future depends on how we manage through this pandemic. The better able we are to minimize adverse public health impacts, the better our economy and recovery will be.”

“It was not an overreaction,” he said, it was a necessary and thoughtful response made in its early phases with a great deal of unknowns and a rapidly changing situation. What was clear was what the potential consequences would be in not responding. We have seen the tragic and frightening consequence in other states of not shutting down, or of opening up too soon, and the impact on lives and on those economies is and will be worse than what Vermont has experienced.

“There is no question that taking this seriously and taking dramatic action to control the pandemic has had and continues to have a very serious economic impact affecting working people and employers of almost every kind.”

On the issue of defunding police departments, Johnson said she’s not for it and said minority communities are not for it either. She cited YouTube videos by Ami Horowitz, who interviews liberal whites on the police defunding question, and then puts the same questions to black communities.

“He goes into the black communities and they are like, ‘Hell no, we want to keep our police because I’m safe here and the police are there to protect us or the criminals are going to run rampant.’ And that’s what they all said,” Johnson said. 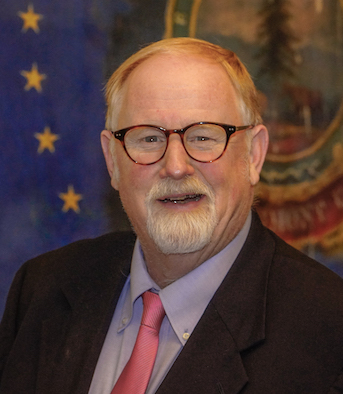 Yacovone is also against defunding the police.

“No. While de-escalation training might be warranted, defunding our police is not the way to address systemic hatred,” he told True North.

Patt says he’s against big cuts as well, but sees the need for reforms.

“I do not believe that Vermont should eliminate or drastically cut funding for police. I do believe that nationally, and in Vermont as well, we must do a better job at eliminating racism in law enforcement, both through training, and through accountability of individual law enforcement officers as well as their leadership.

“I do think we need to redirect away from the increased militarization and use of force that we see in policing, and towards other means of resolving problems whenever possible. In Vermont and in the rest of the nation, we should take the term ‘peace officer’ seriously.”

Johnson is against the Global Warming Solutions Act.

“It mandates that by 2028 emissions have to be 50 percent, and by 2050 100 percent — that means zero emissions,” she said. “That means say goodbye to your woodstove or if you have oil heating. Say goodbye to gasoline-powered cars. You’ll have to bike everywhere unless you can afford the electric car.”

“Climate change is a clear and present danger,” he said. “We must do everything we can to address it and in so doing set an example for the rest of our country to follow. Seventy-eight percent of everything we spend to heat our homes with fossil fuels goes out of state.

“We can address the challenge of climate change and strengthen our economy at the same time. Whether the GWSA passes or not we must act aggressively on this issue. We should redirect the revenue generated for Efficiency Vermont, and instead of focusing exclusively on electric conservation pursue smart energy alternatives to reduce our greenhouse gas emissions, like home weatherization programs.” 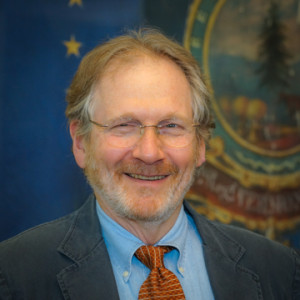 Patt is also in favor of pursuing bold climate legislation.

“The Covid-19 crisis may affect or delay the implementation of some legislation, major and minor, but it should not be an excuse for abandoning critical programs and activity,” he said. “Climate change is real and must be addressed. Vermont’s greenhouse gas emissions have not been improving. Our emissions on a per capita basis are high, and in recent years have often gone in the wrong direction, in very large part due to fossil fuel use for transportation.

“I spent many years in the electric utility business, and people at all levels in that industry know that climate change is real because we see the tangible impact. In terms of dollars, we are already paying for climate change every day, in electric rates and in local, state and federal taxes, for emergency restoration, and for measures to try to better withstand the effects of increasingly severe weather.

“As a member of the House Energy & Technology Committee, I have heard compelling testimony both last year and early this year, about costly projects to relocate infrastructure and redirect waterways to avoid future damage (including in the Lamoille River Valley), and about the important role that Vermont’s agriculture and forestry industries can play in combatting climate change. It’s real, and we have a responsibility, individually, as businesses, communities and as a state, to do our part in limiting what is already happening.”

“I definitely absolutely do not support that because I think our system has worked quite well the way it was,” she said. “If somebody wants to mail in their ballot then they can request one and it will be registered to their name, it will be accounted for. But what they actually want to do is just willy-nilly throw ballots across the state and there will be, I read, up to 150,000 just floating around basically going to addresses of people who have died, moved, gotten married, and whatever. And of course that’s kind of like voting fraud baked in the cake right there.”

Yacovone is all for universal vote by mail..

“Yes. Voting by mail is a smart thing to do during a pandemic,” he said.

Patt says he’d be willing to look into making elections entirely by mail.

“I support voting by mail this year during the Covid-19 crisis,” he said. “I would be open to looking at whether or not we should vote entirely by mail in the future as several states have been doing successfully for a number of years.

“However, I am not sure we need to do that. Vermont voters have increasingly been making use of the early voting/absentee option already available to them, and in recent elections, up to 30 percent of voters have cast their ballots this way. We could further promote that option going forward after the crisis. But in any event, being able to vote early or by mail encourages more people to vote, and that’s a good thing.”

CLARIFICATION: This story was updated at 10:50 p.m. to clarify that Shannara Johnson was a Bernie Sanders supporter in 2016 but is now a Republican. The original version of the story stated that she once considered herself a liberal but is increasingly trending conservative. That was the reporter’s characterization of her shift and may not reflect Johnson’s own views.

Images courtesy of Wikimedia Commons/Kelvinhu and state of Vermont