As a compromise offer to Democrats who are calling for a new statewide mask mandate in Vermont, Republican Gov. Phil Scott said Tuesday that while his administration will not be implementing new COVID-related mandates for now, he would support a town-by-town approach if lawmakers approve the idea Monday in a special session.

“At this phase in the pandemic, with more than 20 months of experience, broad, top-down mandates and the overuse of executive emergency power is not appropriate and counterproductive to our ultimate path forward, which is getting more people vaccinated and boosted,” Scott said in a statement. “COVID-19 is not going away anytime soon, and perhaps could be with us for decades, which is why we need to use the experience and knowledge we’ve gained managing the virus to continue moving forward.”

His compromise proposal is to let towns choose individually how to approach the masking issue. 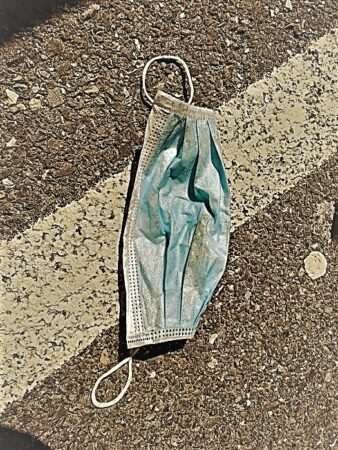 NO STATE MANDATES FOR MASKING: Gov. Phil Scott said there will be no statewide masking mandates for Vermont, but if the Legislature approves, individual towns can implement a local mandate.

“My offer is to call them back for a special session for the sole purpose of passing a law that would give municipalities the authority to implement mask mandates in their communities,” Scott said. “I’ve asked for this authority to end by April 30 and the legislation to stipulate that municipalities have to revote on it every 30 days, just like we did for the State of Emergency.”

The governor also pointed out that Vermont is with 44 other states in the nation that have currently decided against imposing further mandates. And he noted that any new powers granted to towns via this measure must be renewed every 30 days by the Legislature, not unlike how the prior state of emergency had to be renewed each month during most of 2020.

The governor’s desire to avoid future mandates was echoed by his Health Commissioner Dr. Mark Levine.

“They [health departments in other states] find that populations are not in the mood to be mandated on anything,” he said.

Scott’s preference for local choice has been tried in other parts of the country. Florida’s Republican Gov. Ron DeSantis initially embraced a town-by-town approach for COVID policies in the Sunshine State, which has since evolved into an individual parent-by-parent policy. DeSantis has achieved substantial popularity gains, and his state now has the fastest growing economy in the nation.

Despite such trends, Vermont Democrats have made calls for a statewide mask mandate a priority over the past weeks.

“The governor has stated that he has the tools available to support our communities, but has yet to utilize those tools and has not articulated when the appropriate time is to roll out the mitigation strategies we know work,” Vermont House Speaker Jill Krowinski, D, Burlington, recently wrote. “That time is now. That time was yesterday. That time was a month ago.”

On Twitter, Rep. Barbara Rachelson, D, Burlington, was among those to demand that Vermonters be required to wear masks.

Compromise? He offered a very half baked pass the buck edict that will be more costly, slower and piecemeal at best. Every day in the meantime – how many more will get sick or die? https://t.co/jI3AEG4q5e

Rep. William Notte, D-Rutland, was another to call for Vermonters to have masks.

The Rutland Free Library requires masking to enter. I was concerned to learn at yesterday’s board meeting that staff have been shouted at and in one case physically threatened while enforcing this requirement. This is what happens without a state-wide mask mandate. #vtpoli #RUVT

Amongst the citizenry, writer and activist Greg Dennis from Middlebury was another to sound off on masking.

Vermont needs, at minimum, local #maskmandates. But we also need more individual responsibility. #Getvaxxed, mask up, and fight covid. “The positivity rate now stands at 4.4% of tests, its highest level since the spring of 2020.” #vtpoli https://t.co/vrNRdYi3Co

But Jennifer Stella, of Health Choice Vermont, says that if the governor is to follow the state laws, he is correct to not push for another mandate.

“As you may know today in Vermont only the Legislature has the authority to create mandates. This ensures a deliberative process and equal protections under the law when it comes to public health police powers and emergency powers. In addition any Health Orders are also prescribed by statute to be carried out seeking voluntary compliance,” she wrote.