BURLINGTON — The chair of the Burlington Police Commission who will appoint two commissioners to a new committee on policing practices hasn’t ruled out any of the three African Americans put on the police commission earlier this week by city councilors.

The seven-member police commission meets monthly to interact with the public and oversee internal affairs, budgets and local incidents.

Notably, Hughes is the director of Justice for All, a group that seeks “to pursue racial justice within Vermont’s criminal justice system,” according to the organization’s website. 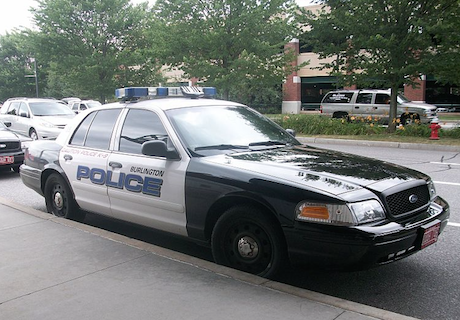 UNDER PRESSURE: The Burlington Police Department is under pressure to maintain its ability to fight crime while appeasing those who wish to review its use-of-force policy.

“As far as who will be appointed to the special task force, this is to be determined,” she said. “I will need to discuss this with all of the commissioners.”

“My goal, as chair, is to facilitate open dialog and conversation among the commissioners and BPD leadership,” Asch added. “The two commissioners who were not reappointed will be missed, as they were committed, engaged citizens who devoted a great deal of volunteer time to the city.”

But James Dunn, one of the incumbents bumped off the police commission this week, said Asch had picked him to be on the special committee for reviewing police policies. That won’t be the case now that he lost his seat.

“After the City Council resolution was created to have a special committee, we had a meeting and Michele appointed Randall Harp and me to be the two commissioners to serve on that committee. Of course, I still had to be reappointed,” Dunn said.

Asch did not mention Dunn or Harp when True North asked her about her selections. However, Harp’s seat was not up for reelection Monday, which means he could still be one of the police commissioners who will serve on the special committee.

Dunn said it’s not out of the question that the two seats on the special committee reserved for police commissioners might have played a role in how city councilors voted  Monday.

“It’s possible,” he said, adding that voting on police commissioners is very political.

“All three of the candidates that this progressive group in Burlington wanted, three of those folks got on,” he said.

“The way it works is you have the Democrats, Republicans and Progressives in Burlington and these appointments are political. Usually there’s a give and take where some get more than others, and I think that’s what’s going on here as well.”

Dunn has four decades of experience, including a role as assistant city attorney under former Burlington Mayor Bernie Sanders in the 1980s. He worked on all of the city’s labor negotiations during those years, including with police, but retired in 2016 and took a seat on the commission as a way to share his experience.

The council’s decision to form a special committee on policing comes after two lawsuits were filed against the city in May alleging police brutality.

Mabior Jok and Congolese immigrant Jérémie Meli, both black men, were arrested in separate back-to-back altercations Sept. 8-9. The charges against both men were dropped, but police body cam footage of the incidents has since fueled a heated debate over whether police used too much force during the arrests.

“I think we’re going to be well served by these three individuals, given their diverse set of experiences and expertise that they bring to the table,” he told True North. “Each of them has done different things in Burlington that I think will absolutely contribute to bringing a more accountable police department.”

Tracy also commented on how the new police commissioners might impact the special policing committee. He said the Burlington Police Commission, not the committee, should have the final say in policy changes.

Outgoing commissioner Dunn said he sympathizes with public frustration over recent incidents involving force. He added that when the information becomes clear — which is not always the case with shaky body cam footage — the commission, and ultimately Police Chief Brandon del Pozo, administer the proper penalties for officers.

He also said that the existing use-of-force policy is very clear about when force should be used.

“I think the committee is going to find that the policies that we have in this department are perfectly appropriate and consistent with how they should be,” he said. “It’s really not an issue of not having the appropriate policies.”