President Donald Trump cited a Los Angeles County legal settlement as evidence of improper voting in California, as the state’s largest jurisdiction moves to clean up its voter rolls.

Los Angeles County began sending notices to inactive voters as part of a settlement of a 2017 federal lawsuit with watchdog groups and county residents who had sued over voters on the rolls who have moved, died, or are otherwise ineligible.

The county will send as many as 1.5 million notices to voters who haven’t cast ballots in the past two federal elections, according to Judicial Watch, one of the litigants, which was notified of the plans last week. 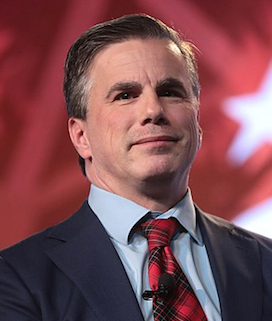 Judicial Watch President Tom Fitton: “This victory for clean elections in California will set another national precedent for other states to take reasonable steps to ensure that dead and other ineligible voters are removed from the rolls.”

Voters who don’t respond to the county notices and who then don’t vote in the next two federal elections will be removed from the voter rolls, after 2022. Federal elections, which draw the largest turnouts, occur every two years.

Thus, a person would essentially have to be an inactive voter for at least eight years—two election cycles before the notice and two cycles after—before becoming ineligible.

In a “Meet the Press” interview aired on NBC on Sunday, host Chuck Todd asked Trump if he was still bothered by not winning the popular vote in 2016.

“I’ll say something that, again, is controversial. There were a lot of votes cast that I don’t believe. I look at California,” Trump told Todd.

Todd interrupted several times before Trump returned to his point.

Todd appeared unaware of the settlement, agreed to in January. “A million votes of what? What are you talking about?”

Trump responded, “Judicial Watch made a settlement. … There was much illegal voting.”

The settlement was not an admission that 1 million votes were illegally cast, but the litigation asserted that 1 in 5 registered voters in Los Angeles County are ineligible and that the county took no action to remove them from voter lists or check their status.

With about 10 million residents, the county has a larger population than 41 of the 50 states. Moreover, the state of California has not cleaned up its voting rolls for 20 years, according to Judicial Watch.

“This Judicial Watch settlement will result in the immediate and ongoing clean-up of voter rolls in California and L.A. County,” Judicial Watch President Tom Fitton said. “This victory for clean elections in California will set another national precedent for other states to take reasonable steps to ensure that dead and other ineligible voters are removed from the rolls.”

In the 2017 case of Judicial Watch v. Dean C. Logan, the conservative watchdog group sued on behalf of Wolfgang Kupka, Rhue Guyant, Jerry Griffin, and Delores M. Mars, who are lawfully registered voters in Los Angeles County. The Election Integrity Project California Inc., a public-interest group that monitors polling and voter rolls, was also a party to the litigation.

The settlement was reached in January, but Los Angeles County notified the plaintiffs it has begun the process of cleaning the rolls just last week.

The media relations office of the Los Angeles County Registrar-Recorder/County Clerk Dean Logan did not respond to phone and email inquiries from The Daily Signal as of publication time, despite an email Friday saying, “We’ll respond [as soon as possible].”

The Daily Signal followed up with an inquiry on Monday.

“The settlement was clear and simple. California will continue its work to adhere to modern list-maintenance procedures under the National Voter Registration Act,” Mahood said. “Updating the NVRA manual and providing guidance and training to county elections officials on voter-list maintenance is a regular practice for the Secretary of State’s office, which was already in progress prior to the settlement.”

4 thoughts on “Los Angeles County begins to clean up voter rolls after lawsuit, setting precedent for other jurisdictions”