New Hampshire Democrats are blasting a proposal from President Joe Biden to move South Carolina’s primary date ahead of the Granite State in the party’s presidential nominating cycle.

The Democratic National Committee is meeting in Washington this week to approve the party’s 2024 presidential calendar, which could upend the state’s first-in-the-nation presidential primary status. 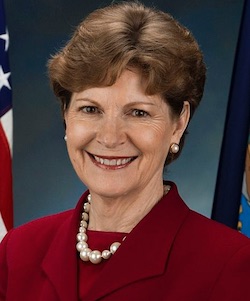 But members of the state’s all-Democrat congressional delegation ripped Biden’s plan and vowed that New Hampshire will remain first, even if it faces sanctions from the party.

“In New Hampshire, it doesn’t matter how much money you have, where you come from or who knows your name – in our primary, everyone has a fair shot,” she said in a statement. “It’s tremendously disappointing that the president failed to understand the unique role that New Hampshire plays in our candidate selection process as the first primary state.”

The Democratic lawmakers said regardless of what the DNC decides this week New Hampshire will continue to be first in line in the presidential nominating process.

Rep. Chris Pappas, D-N.H., who won another term in the Nov. 8 midterm elections, said he was “deeply disappointed” by Biden’s decision to “try to upend the presidential nominating calendar” but pointed to a New Hampshire law requiring the state to be first in line.

“As our law stipulates, New Hampshire will go first, and I will continue to work with state and party leaders to uphold our law and ensure our primary remains first on the calendar,” he said.

If Biden’s proposal for a new calendar is approved by the DNC Rules & Bylaws Committee, it must still be approved by the full DNC. It’s not clear when a decision will be made.

Flashy national campaigns with multimillion-dollar advertising budgets turn into shoe-leather operations where candidates knock on doors, walk through neighborhoods in downtown and press the flesh at local haunts.

But some Democrats argue that the predominantly white electorate New Hampshire and Iowa – which holds its presidential caucuses ahead of New Hampshire’s primary – isn’t representative of Democratic voters or the nation as a whole.

To be sure, this isn’t the first time that the Granite State has had to defend its pole position in the nation’s presidential nominating process.

In 2012, Nevada and several other states proposed to shift their primaries forward during the contested Republican contest.

Then-New Hampshire Secretary of State Bill Gardner threatened to schedule the state’s primary in December 2011 to prevent it from losing its first-in-the nation status.

The proposal by other states eventually fizzled out.