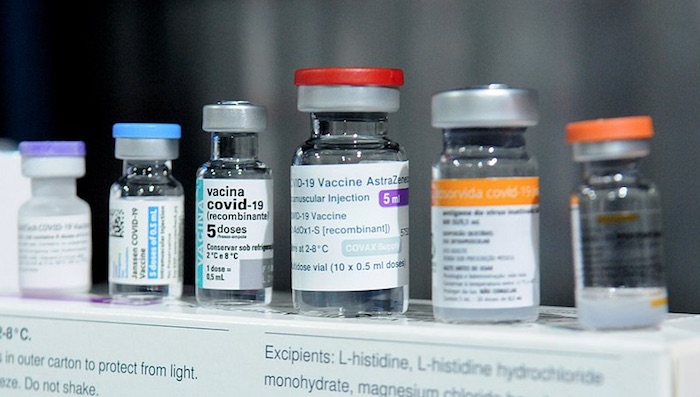 NO MORE MANDATES?: A new bill introduced in the Vermont Legislature would disallow the enforcement of any vaccine mandates.

A bill introduced this month by a handful of lawmakers spanning all three political parties would bar vaccine mandates in Vermont.

“This bill proposes to recognize and to prohibit any interference with an individual’s rights to bodily autonomy, to make the individual’s own health care decisions, and to be free to accept or refuse any health or medical intervention, testing, treatment, or vaccine-based on the individual’s own religious, conscientious, or personal beliefs,” the text of the bill reads.

Higley told TNR in a recent phone interview that the current law on vaccination policy in Vermont is to allow for a religious exemption from vaccinations for school children — but not a philosophical one. This bill’s language implies that a philosophical exemption would become welcome again. Higley said a legal expert advised the lawmakers that dividing the two apart was a questionable legal move.

“At that time, Cheryl Hanna, the constitutional attorney from Vermont Law School, testified before our committee and said that to remove one and not the other would be unconstitutional,” he said.

Higley added that this bill is about protecting individual choice on medical decisions.

“For me, this bill really clarifies a person’s right to choose whether or not to have treatment or certain medical interventions,” he said.

Higley added that his constituents are concerned about vaccination mandates.

“I’m certainly hearing from a number of them that don’t approve of getting the shot for one reason or another,” he said. “A lot of times they don’t tell me their reasons, but I certainly have my respect for what their positions are.”

He added it’s best to talk to doctors for information on vaccines.

The state of Vermont is not currently enacting vaccine mandates, but the Biden administration has been attempting to force both the private and public sector workforce to make COVID vaccines a condition for work. Some exceptions may be allowed if individuals undergo regular virus testing.

This is not the first time Strong has taken a stand on vaccine safety and individual rights. She once told TNR she had a constituent die due to a vaccine reaction.

Other states have already passed measures to ban the enforcement of various COVID-related mandates. Christopher Curley, writing for HealthLine.com in November, noted that Florida has been experiencing some of the lowest case counts in the nation despite its lack of mandates.

“Florida currently has one of the lowest per capita rates of COVID-19 cases of any state, despite having a lax — and at times outright hostile — approach to implementing public health measures to curb the pandemic,” he wrote.

Federal courts in the U.S. have been issuing decisions against enforcement of national vaccine mandates.

One of the judges to rule on the matter in late November was Judge Gregory F. Van Tatenhove.

“It strains credulity that Congress intended the FPASA, a procurement statute, to be the basis for promulgating a public health measure such as mandatory vaccination,” he wrote. “If a vaccination mandate has a close enough nexus to economy and efficiency in federal procurement, then the statute could be used to enact virtually any measure at the president’s whim under the guise of economy and efficiency.”

15 thoughts on “New bill would bar vaccine mandates in Vermont”