BURLINGTON — Sen. Bernie Sanders (I-Vt.) Tuesday evening held a telephone town meeting to hear directly from older Vermonters about the issues that matter most to them and how the federal government can address the needs of seniors and working families.

Throughout the year, Sanders has led meetings and public events, in-person and virtually, with over 50,000 Vermonters from across the state. These have included a virtual statewide town meeting, in-person town meetings with the Finnish Ambassador to the U.S., a roundtable discussion with the U.S. Secretary of Veterans Affairs, and a round table discussion with Vermont affordable housing providers; as well as town meetings focused on issues facing first responders, students, medical professionals, and more. 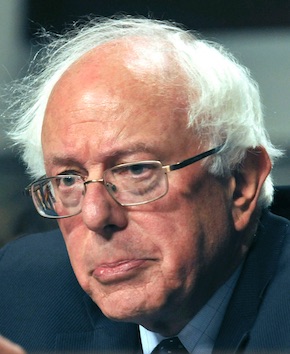 “Look, it’s nothing new that big money interests have always had power in society. But what we are seeing now in a number of ways, in my view, is a movement toward oligarchy in the United States where we’re seeing in an unprecedented way the power of the billionaire class.”

More than 10,500 Vermont households joined the town meeting, with nearly 300 submitting questions before and throughout the call. During the hour-long meeting, Vermonters from across the state had the opportunity to ask their question live, including callers from Enosburg Falls, Bellows Falls, Lunenburg, Burlington, Stowe, Colchester, Ryegate, Waterville, Rupert, Holland, Jay, and Guilford.

“I don’t have to tell anybody that these are extraordinarily difficult times,” said Sanders in his introductory remarks. “We’re going through what appears to be a never ending COVID pandemic. We’ve got enormous economic problems we’re facing, health care problems, climate change problems, problems facing our seniors, problems facing our kids. There’s a lot to be done, and obviously I can’t do my job well unless I hear from Vermonters telling me what their needs are, and how they would like to go forward.”

The discussion covered a wide range of issues, from efforts to privatize Medicare, the high cost of prescription drugs, long-term care, and the nursing workforce crisis, to corporate greed and support for dairy farmers. Vermonters also asked questions about climate change and ensuring energy efficient options — like solar panels — are accessible to all, building affordable housing in the state, the impact of burn pits and accessing veterans’ benefits, as well as issues with the postal service, inflation, the cost of food, international affairs, and the need to protect Social Security.

One Vermonter from Waterville spoke about the Supreme Court’s Citizen United decision, and asked, “Do you see any other avenues developing where we could readdress what the Supreme Court obviously messed up in recent years giving corporations more power?”

Sanders responded, “Thank you very much for that question. We could probably discuss that for five hours — this is such a fundamental, serious question. Look, it’s nothing new that big money interests have always had power in society. But what we are seeing now in a number of ways, in my view, is a movement toward oligarchy in the United States where we’re seeing in an unprecedented way the power of the billionaire class. What the election a few weeks ago showed is that the American people are very nervous about people who are trying very hard to undermine American democracy. The threat to American democracy is not only Trump, it’s not only the people who invaded the Capitol on January 6th — it is also the power of money in our political system. It is an issue of enormous consequence, both politically and economically, and it’s an issue that absolutely has to be dealt with.”

Sanders concluded the event, saying, “Let me thank everyone who has been on the phone and the many people who asked questions. Without exception, these are all timely, relevant questions. We are a small state. A state that has in many ways provided leadership to the whole country and that’s what I want to continue to see us do. Let us continue to be involved in the process.”

For this telephone town meeting, older Vermonters with phone numbers on file with Sanders’ Senate office received a call inviting them to participate. The event was also livestreamed on Sanders’ Facebook page for members of the public who were not able to join via telephone. Vermonters who did not receive a call and would like to in the future can sign up here.

The full audio recording of the event can be found here.