MONTPELIER — When House lawmakers on Tuesday voted 100-49 to override Gov. Phil Scott’s recent veto of a minimum wage bill, at least one lawmaker spoke up and questioned the ethics of switching votes during an override attempt.

Prior to the vote, state Rep. Heidi Scheuermann, R-Stowe, pleaded with 54 of her fellow lawmakers to stick by their earlier vote against the legislation to raise the wage to $12.55. 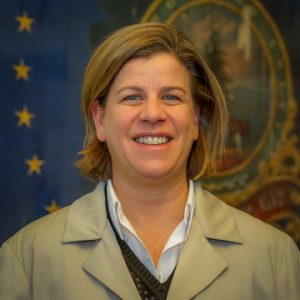 The lawmaker, who eventually cast her vote to sustain the governor’s veto, was reacting to strong pressure coming from House leadership to get lawmakers to support the higher minimum.

Shortly after she spoke, one of those earlier 54 no votes stood up to defend what she said was driving her decision to change her vote and support the veto override.

“I want to speak this morning because I was one of the 54 individuals who voted against this bill when it was on the floor previously,” Rep. Theresa Wood, D-Waterbury, said. “And two years ago when we voted on an increase to the minimum wage, I also voted no on that.”

She added that her intentions to switch her vote were genuine.

“I changed my mind about this and, frankly, I took significant heat at home for voting no on this bill previously in my district,” Wood said. “While I don’t disagree with some of the issues that people have raised here today, what I do know is that there are over 10,000 workers who provide care to the people who are impacted by this. And I know that we will deal with the Medicaid issue in this body because we do hold those people and the resources needed to support those people who receive Medicaid services as a priority here.”

Wood was referring to the fact that Medicaid funds don’t presently cover many of the services they support, and that adding a higher wage burden could make the situation worse. 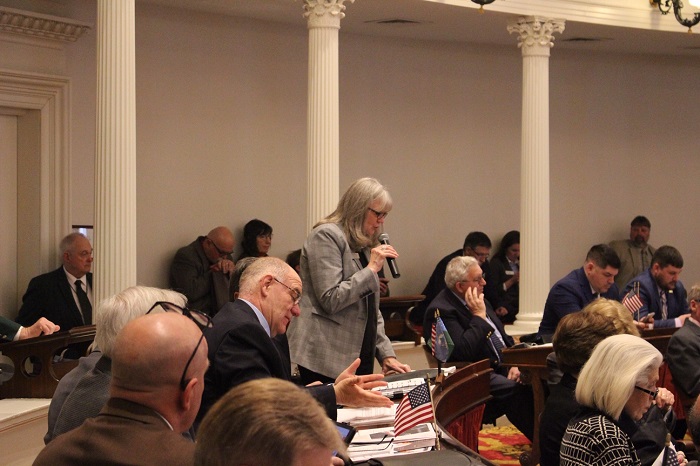 Rep. Cynthia Browning, D-Arlington, who two weeks ago criticized her party’s leadership for “deplorable” actions, including pressuring party members to fall in line, explained why she opposed raising the minimum wage.

Despite the impassioned debate, the minimum wage in Vermont will now rise from from $10.96 to $12.55 by 2022. The Vermont House garnered the two-thirds majority necessary to override the governor’s action to stop the measure.

The rate of increase is greater per year than the annual increases in the $15 proposal debated last year.

Reps. Brian Savage, R-Swanton, and Michael Mrowicki, D-Putney, expressed disagreement about what raising the minimum wage might mean for towns bordering New Hampshire, a state with a minimum wage of $7.25 an hour.

“Bearing in mind that New Hampshire has no state income tax, no state sales tax, and lower property taxes, these small mom-and-pop shops already sit at an economic disadvantage,” Savage said. “Many of them are closed up shop permanently and many others remain on the brink of closure struggling to stay afloat.”

Mrowicki offered a different view on the situation.

“It’s working the other way — people are coming to Vermont for the Vermont advantage,” he said. “And overall, if you look at what the Tax Foundation puts out when comparing the two states, our overall tax burdens are about the same.”

He added that according to his associates in New Hampshire, there are many fees and hidden taxes that balance out the overall cost to do business.