The Republican Congress that was elected to repeal Obamacare is now considering bailing it out. It shouldn’t.

Earlier this month, America’s Health Insurance Plans, the lobbying arm of the health insurance industry, sent a letter to the Republican leadership demanding billions of dollars in new subsidies for Obamacare insurance policies. 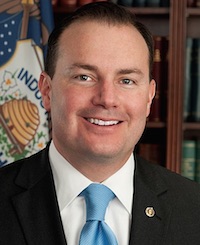 The letter did not mention that health insurance companies are already enjoying record high profits without additional taxpayer subsidies.

Unfortunately, the congressional leadership appears committed to giving the insurance companies what they want. The omnibus spending bill set to be released Monday will likely contain a provision that would send Obamacare insurers $10 billion in “reinsurance” payments a year for three years — 2019, 2020, and 2021.

Instead of repealing the Obamacare regulations that have caused premiums to more than double since 2013, Republicans are set to buy off insurance companies to hide the true cost of rising premiums.

While advocates for these insurance subsidies argue that these payments will reduce premiums, it’s essential to understand that they do not reduce premiums in real terms.

There’s no real decrease in costs. They hide part of the premium by shifting it to taxpayers. That’s a bailout.

Don’t think for a second that this would be a one-time $30 billion price tag. Why would a future Congress allow a $10 billion annual bailout to end on a cliff in 2022? Insurers’ lobbyists will be back in 2022 leveraging their control over premiums for the spigot to continue.

What congressional leadership would be agreeing to by including reinsurance bailout funds in this omnibus is a $10 billion annual corporate bailout in perpetuity.

On top of being bad policy, these reinsurance payments will fund abortion unless the Hyde Amendment — a pro-life protection preventing taxpayer funding of abortion coverage—is specifically applied.

Pro-life groups were clear in 2017 that unless the Hyde Amendment is included, any member voting for the reinsurance payments would “not only be voting to sustain what many have called the largest expansion of abortion since Roe v. Wade, but would also be voting to directly appropriate taxpayer dollars for insurance that includes abortion.”

Thus far, none of the bailout proposals have included the Hyde Amendment.

Congressional leadership needs to listen to the voters who sent them to Washington to end Obamacare. In a recent poll, 61 percent of Americans opposed Congress paying health insurance companies to temporarily lower premiums.

What Americans need is real relief from the Obamacare regulations that are already raising the cost of health care. We need to allow the states to run their own health insurance markets again.

Bailing out Obamacare’s fundamental failures only puts the real goal further out of reach.