The Labor Department recently reported that the economy had 10.1 million job openings in June. This comes amid a booming recovery as the pandemic lockdowns ease and there were 8.7 million unemployed workers in July. 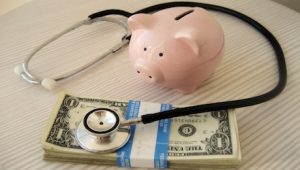 Why work, when the taxpayers pay you not to work?

The next day the National Federation of Independent Business reported that small employers are worried about a shortage of workers. Forty-nine percent of the owners reported job openings they couldn’t fill in July, up three percentage points from June and a record high. The 48-year historical average is 22%.

The explanation is that millions of Americans are making more money by not working than putting in an eight-hour day. The $300 enhanced jobless benefit doesn’t expire until September, plus the expanded healthcare subsidies, child care payments, per child tax credits, food stamps, and more.

All of this adds up to a significant guaranteed income, with no requirement to work for a living so long as it lasts. Democrats said at the start of the pandemic that this would be temporary, but now they want to make it permanent in Bernie Sanders’ $3.5 trillion budget. No one should be surprised that when you pay people this much not to work, millions decide not to work.

This should shed light on proposals for a guaranteed annual income, which keep turning up in the US and most recently in Quebec. Why work, when the taxpayers pay you not to work?

One thought on “McClaughry: Our Covid-era guaranteed income”