In what appears to me to be a knee-jerk reaction by our governor to the news about the three Vermont State Police officers alleged role in producing fake vaccination cards, he has issued an order that all state employees must undergo vaccination by Sept. 15 or be required to mask and be tested as a condition of their employment.

Since the only available vaccines are not FDA approved, the test results are unreliable, and masks don’t really do anything to protect anyone, can he legally do this? The vaccines and the PCR test are both being marketed under an Emergency Authorization Utilization (EUA), the mandating of which, since they are experimental, cannot be mandated as a condition of employment. In addition, the EUA for the PCR test, the supposed gold standard in diagnosing COVID-19 but which has resulted in so many “false positives” and flawed data, is being withdrawn from the market as of December 21st by the FDA. 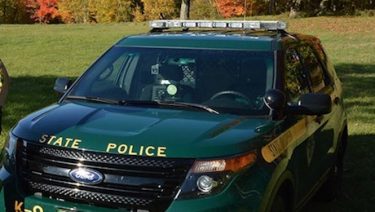 Orleck: “I would imagine these state troopers feel the current harassment “vaccination or else” atmosphere is a threat to their health and even their lives. Self-defense? I say yes! No charges! Two weeks suspension without pay and then reinstatement.”

Many questions come to my mind for our governor. Where does his authority come from for such an order? Why now? Does his order have anything to do with the action of the three officers? Did he order all state employees to be jabbed because of the recent FDA approval of the Pfizer Comirnaty vaccine? Does he believe the FDA approval converts the EUA of the Pfizer-BioNTech vaccine to an approved product? Has he planned for the state employees to receive the approved Comirnaty instead of the currently used EUA approved product? What will happen if the employee refuses? Is he aware that the currently used EUA approved vaccine does not protect injured users by allowing them to sue the drug company whereas the fully FDA approved Comirnaty vaccine does permit recovery for damages from injuries and death caused by it? Does the governor believe that the FDA approval of Comirnaty to be approval of the currently used Pfizer/BioNTech product? Does the governor believe it is legal for him to order a non-FDA approved vaccine as a condition of employment? Is the Comirnaty vaccine being produced and available for use by Sept. 15?

It has been just a little over two weeks since the U.S. Food and Drug Administration granted FDA approval to Pfizer’s COVID-19 vaccine, to be sold under the brand name “Comirnaty,” and people, including our governor, have been misled by the FDA and the drug companies in believing that there is an approved vaccine on the market, can be used, and since FDA approved, they can order employees to take it or lose their job. That is not so! Comirnaty is the approved vaccine and not the currently used Pfizer BioNTech product which, by the FDA’s own words will “continue to be marketed under the EUA, not under the new FDA full approval of Comirnaty. For that reason, since Comirnaty is and probably will not be available for quite some time, the governor’s actions are illegal.

It may be that the FDA has said the products can be used interchangeably, but they are wrong. The law is for them to follow and the Congress to change. These are two legally distinct products, and the FDA cannot make up the application of the law to allow one to be used as if it were the other. Robert F. Kennedy Jr. in an article in “The Defender” said it clearly:

There is a huge real-world difference between products approved under EUA compared with those the FDA has fully licensed. EUA products are experimental under U.S. law. Both the Nuremberg Code and federal regulations provide that no one can force a human being to participate in this experiment. Under 21 U.S. Code Sec. 360bbb-3(d)(1)(A)(ii)(III), “authorization for medical products for use in emergencies,” it is unlawful to deny someone a job or an education because they refuse to be an experimental subject. Instead, potential recipients have an absolute right to refuse EUA vaccines.

I believe there is little chance that Pfizer will even produce the product unless they are granted indemnity and that would have to come from the Congress and how long will that take? So, if you are forced to get the shot, ask to see what is on the label on the vial being used. If it doesn’t say “Comirnaty” then maybe you should be asking some hard questions yourself or see the head of your union or better yet, a lawyer.

Now back to our police officers. Knowing what we know at this point, as a prosecutor, I believe I would exercise my prosecutorial discretion and not charge them. If their motive is what I believe it might be, that they were trying to keep their job and protect their health, I might liken that to a “self-defense” approach to their job. After all, if some criminal tries to kill or hurt them, the officer can use lethal force without liability. This is so much less than that and I can relate to their concerns since the information coming from many medical people and even the CDC reporting system, VAERS, there are very serious side effects and numerous deaths being associated with these vaccines.

I would imagine these state troopers feel the current harassment “vaccination or else” atmosphere is a threat to their health and even their lives. Self-defense? I say yes! No charges! Two weeks suspension without pay and then reinstatement. Now that’s a decision by our governor that fair people could get behind.