Mental illness is a struggle for many in Vermont, but a coalition of help organizations has decided that it doesn’t have to be a stigma, and is organizing a local event to celebrate “psychiatric survivors.”

On Saturday, July 14, mental health professionals, advocates and patients with mental health challenges will gather at the Capitol building in Montpelier for the third annual Mad Pride March and Celebration. 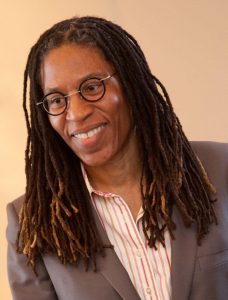 Wilda White: “Mad Pride is about challenging discrimination, advocating for rights, affirming mad identities, remembering and participating in mad history and having fun. The lives of psychiatric survivors, consumers, mad people and folks the world has labeled ‘mentally ill’ are valuable and need celebration.

Modeled after other pride events, Mad Pride aims to educate the public and eliminate discrimination against people diagnosed with mental illness. The event also will remind onlookers of how Vermont approaches mental illness through various health policies.

VPS is a statewide support and civil rights advocacy organization that believes people the world has labeled “mentally ill” are valuable and need celebration. The group will be joined by event co-sponsors Another Way Community Center in Montpelier, Burlington-based Intentional Peer Support and Pathways Vermont.

“A lot of participants join the march for a variety of reasons,” White said. “We’ve had people who are very active with the Mad Pride movement, or have just discovered it, or are dealing with the shame of their diagnoses, or want to cast away that shame … even individual U.S. veterans.”

The event will feature keynote speaker Jacks MacNamara, founder of the New York City-based Icarus Project support network, along with singers, poets and other advocates.

Joining White in spearheading the Mad Pride event is Elaine Toohey, executive director of Another Way. Located in downtown Montpelier, the group provides a safe and friendly gathering place for mental health networking. The organization grew out of the psychiatric survivor movement, which advocates for the individual’s freedom and self-determination of care options. 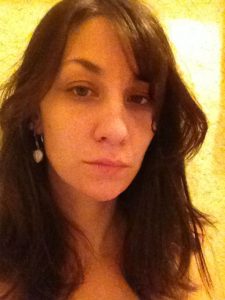 Elaine Toohey: “I will be attending the Mad Pride March as a someone who has been harmed and stigmatized by medical systems of care.”

“I will be attending the march as a someone who has been harmed and stigmatized by medical systems of care,” Toohey told True North. “My experience includes further harm caused by the opinions, diagnoses and communications with other institutional systems.

“In the Mad Pride March I find a community that understands, combats the isolation of being oppressed by mental health practices that harm, and reclaims the feeling (of being) safe in the world after being under siege and alone through mental health crises.”

Toohey said she continues to struggle with aspects of the traditional medical system, even as a mental health center administrator. She said having a community of safe support, as celebrated during the Mad Pride event, is both liberating and therapeutic.

Participating in the march will be local mental illness survivors. Some are learning to embrace diagnoses and medication, while others are learning to rise above the sometimes-stigmatizing labels that come from current medical models.

Advocates hope the march will cause many to think deeply about how Vermont approaches mental illness, and how the state might improve — starting with its leadership.

“The Department of Mental Health has absolutely no leadership — it looked to UVM Medical Center for answers,” White said. “And because UVM had $20 million (to spend) … they had to figure out what to do with it, (so) they decided to build a psychiatric hospital on the Central Vermont Medical Center campus in Berlin with no analysis about what the needs were in this regard.

White said she would do things differently.

“If I had $20 million I would have proposed establishing peer-run community centers in every county,” she said. “The legislature probably would have said ‘yes, go do that’ because I would have had the money. Psychiatric survivors don’t have any power.

“It will take five years to build the psychiatric hospital, whereas it only takes six to eight months to set up a peer-run center,” she said. “I like to point to non-profit Alyssum in Rochester, Vermont, as the kind of peer-run center that is a real model for this local approach. Yes, you will have residents who object to having a center in their neighborhood, but you have to work this out within each community.”

Compared to a psychiatric hospital operation, peer-run centers work on a much smaller scale. White’s praise of the Alyssum center breaks the traditional, top-down mold.

First, the program is free to all eligible Vermonters and funded by a grant from the Vermont Department of Mental Health. Alyssum staff and peers work with residents using the “harm reduction model,” which is designed to help people with mental illness develop plans and support systems to come off medication. Alyssum’s program is self-directed, and staff are available for one-on-one support. 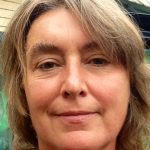 Gloria van den Berg: “The problems come with funding, with legislators not recognizing that the peer community is capable of doing this. There needs to be more education around this, but it always comes down to money.”

Gloria van den Berg is executive director of Alyssum. She, too, believes the home-like environment of Alyssum makes it a strong alternative to a psychiatric hospital.

“We opened in 2011 and remain the only peer-run center in the state,” van den Berg told True North. “Vermont has made a great effort to align itself more closely with what the population that need these services really want — that’s why peer-run programs and community support are in high demand.”

Money and legislative support are important as well, she added.

“The problems come with funding, with legislators not recognizing that the peer community is capable of doing this,” van den Berg said. “There needs to be more education around this, but it always comes down to money.”

Toohey agrees with White and van der Berg that a community approach at the local level is the key to addressing mental health concerns in Vermont.

“Having crisis beds that are available when folks seek support, strengthening our Housing First programs such as Pathways Vermont and creating environments for meaningful community connections … are what we’re doing right,” she said.

What needs improvement is having medical systems and being supportive of self-determined care, she added.

While it isn’t likely that medical and legislative paradigms will change overnight, White, van der Berg, and Toohey believe efforts like the Mad Pride march can help promote acceptance of more home-like approaches for dealing with mental illness.

“My hope, as always, is that the march will create conversations around how we better listen to, understand, support and embrace our experiences as individuals and communities,” Toohey said. “Shifting the conversation from one filled with fear (about mental illness) to one where neighbor is truly seeing neighbor is something to celebrate.”

The Saturday march will begin at 11 a.m. at the Vermont Statehouse and includes free barbecue and t-shirts to all participants.