More than 2,300 comments were filed with the DOE asking regulators to allow faster dishwashers before the comment period closed June 25. The agency fielded requests from the public on the issue after receiving a petition in March from the Competitive Enterprise Institute, a free-market group based in Washington, D.C. 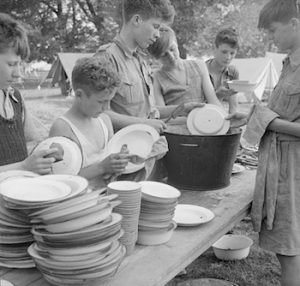 Energy regulations on new dishwashers are impeding their ability to get dishes clean.

A rule making washing machines more efficient required “manufacturers” to “increase the cycle time” to compensate for the regulation’s inability to effectively clean dishes, DOE acknowledged in 2016. A few of the comments suggested the dishwashers are effectively useless and require more than one cycle to get dishes fully clean.

“Until we went to my parents house, who have a much older dishwasher than us, we had no clue how terrible of a job our newer dishwasher was doing compared to theirs,” one person wrote the DOE. “We are left doing hand washing a lot at home because of how poorly the top rack cleans dishes. What a waste of water.”

Another commenter argued the new dishwashers waste water and are too expensive.

“On our second dishwasher and still dishes come out smelly and not fully clean with long run times,” another person wrote. “Spent $900 on a dishwasher that is far worse than my first one bought in the early nineties that cost $200. Aren’t we supposed to be improving?”

Former President Barack Obama issued more energy standards for household appliances during his eight years in office than any previous administration, mostly as a ploy to fight global warming. Obama’s DOE claimed such standards for everyday products would save consumers money and help the environment.

But House Republicans brought in several witnesses during June 2016 who disagreed with DOE’s claims. Like those in the comment section, one testified that appliance regulations were making dishwashers less effective at cleaning dishes.