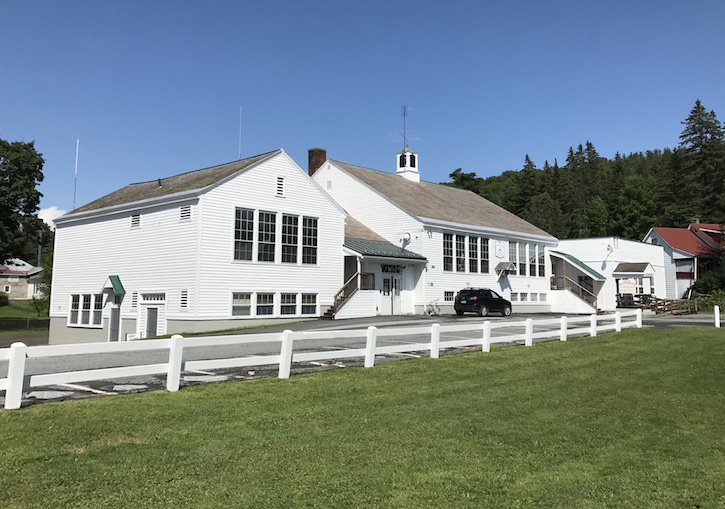 SMALL SCHOOLS: Cabot High School, which has about 40 students, must consider merging with the neighboring Danville district after a recommendation by the Agency of Education.

The Agency of Education is requesting that the school districts of Cabot and Danville reconsider a failed 2017 merger attempt of their boards and budgets, and if they don’t, the State Board of Education will make decisions for them by November.

This merger proposal is one of 18 recommended by the Agency of Education at the start of June.

There are differences this time around — the state is not recommending that Twinfield Union School for Plainfield and Marshfield be included. Also, the prior proposal included the closing down of Cabot High School, which also is no longer the case, even though a new unified school board can choose to do that after five years.

“We’re being forced to communicate, let’s put it that way,” Bruce Melendy, board chair for Danville, said. “And that’s really what Act 46 does — it brought us to the table a couple of years ago when we had discussions with Twinfield, Cabot and Danville. That brought us to the vote that we put before our communities last year.”

According to Vermont’s 2015 school consolidation law, Act 46, the preferred structure for a district is to have at least 900 students for one school board and one budget. Currently, Cabot’s K-12 system has 150 students and Danville has 287, so were a merger to occur, the combined population would still fall well below the preferred target.

The Cabot and Danville communities voted against the mergers last year — the vote in Cabot was 356-163, while Danville voted 239-112.

With a new recommendation from the Agency of Education, some board members say that the state isn’t respecting the will of the people.

“What they are basically saying in this report is that community sentiment should not be taken into consideration,” Melendy said. “It’s almost like, ‘Well we understand that communities might not want to do this, but we still may make you do it.’”

“My impression is that Danville was never really that worried about doing things with us so much as I think both towns are really worried about local control and owning two buildings, and all that goes into that,” she said. “The one good thing is when we were proposing the other merger we were doing this huge gym repair, and we’ve actually asked the town to come up with the money for that.”

The two schools have different levels of debt, and an Act 46 merger requires the merging of their budgets. Cabot is currently paying off some bond debts related to a wood chip boiler plant.

State Rep. Catherine Toll, D-Danville, who has been attending the board’s meetings, noted this is a tricky point for the schools to work around.

“I don’t know if all the schools would have to take on the debts of the others schools within the district or if that can be written into the articles of agreement,” she said.

While Melendy noted Danville is a bigger school with more programs, O’Connor touted her school’s project-based learning initiative as an asset that might entice some Danville students to get involved.

“There’s a lot of hands-on work,” O’Connor said. “Like the kids in the band also have to learn how to do all the tech-work and set up their performance space, and they learn all the ins and outs. It’s a very well rounded way to learn.”

Both agree the two schools could offer new opportunities to each other’s students, but Melendy said he wonders, with the Cabot school population being so small, if their tight-knit social groups are going to be comfortable breaking away.

“From what I understand, [Cabot’s] high school population in the coming school year is probably not going to be any more than 40, and they were saying last week it may be more like 35,” he said. “Kids like to be with their friends, so let’s say you’ve got 10 kids in your sophomore class at Cabot, are any of them going to want to leave for part of the day to go to Danville?”

Toll told the two boards at a meeting this month that things can always change once the next legislative session starts up, but there is no guarantee.

“As these mergers play out and issues do arise, there’s always the possibility that unforeseen circumstances or areas … may not be working out as smoothly as anticipated, [and] many issues are often addressed through new legislation.”