Thank you for sharing your thoughts about HR 1, the “For the People” Act, in your recent opinion piece published by True North Reports on March 10th. While your piece is worthy of comment in a number of respects, it was the following quote that caught my attention above all else:

“Make no mistake, the words ‘voter fraud’ and ‘voting integrity’ are used together to mask voter suppression.” 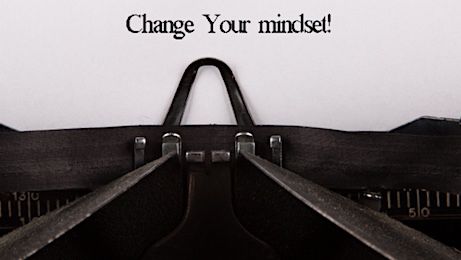 “If we are to move forward with confidence that our elections are free, fair and representative of the will of the people, we must be willing to engage in an honest and fair-minded critique of our electoral processes.”

Voter fraud is made possible by a lack of voting integrity. When voter fraud occurs, the result is voter suppression — ballots cast fraudulently have the effect of diluting the pool of legitimate votes, while ballots that are illegitimately disqualified, destroyed, or “lost” are suppressed in the most literal sense. In any case, the will of the people is subverted. Thus, if one is concerned about voter suppression, one must also be concerned with voter fraud, and by extension, voting integrity.

Case in point: our local elections on March 2, 2021. As a resident of North Bennington, VT, a village in the town of Bennington, I was eligible to cast three ballots on March 2nd: one for the village, one for the town, and one for the local school district. The village ballot was a mail-in ballot provided automatically to all “active” voters in the village, whereas the town and school district ballots were to be cast in person (unless mail-in ballots had specifically been requested). In-person voting was not an option for the village ballot, but voters were allowed to submit the ballot directly to the village offices in lieu of mailing it. Voting for the town and school district ballots was to take place at a separate polling location approximately five miles from the village offices. Sound confusing? Just wait, it gets better.

I chose to submit my village ballot directly to the village offices. Upon arriving at the offices, there was no official ballot collection box to be found. I inquired as to where I should submit my ballot and was directed to a cardboard box on the floor, adjacent to the entrance and across the room from the two workers who were present. Names and return addresses on the stack of ballots in the box were clearly visible. I placed my ballot in the box along with the others. Next, I was informed by one of the workers that residents of North Bennington who wished to cast the school district ballot would have to do so at the village offices instead of the polling place in Bennington proper, contrary to the information that had previously been provided. I was given a copy of the school district ballot, which I proceeded to fill out. Again, there was no official ballot box for the completed ballots, which were simply placed in a pile on the table. The village clerk, who typically oversees the proceedings, was notably absent. I was told that she had left to shuttle ballots between polling places. I departed the offices, traveled the five miles to the polling location in Bennington, and cast my final ballot for the town — this time, to my surprise and relief, uneventfully.

The process I observed in North Bennington on March 2nd is a prime example of how a lack of voting integrity creates numerous opportunities for voter fraud, thereby enabling voter suppression. If procedures such as the ones I observed are the norm in small communities in Vermont and elsewhere across the country, it should come as no surprise that distrust in electoral integrity is widespread. One should not claim that voters with concerns about electoral integrity are engaging in “cry wolf tactics” when those concerns are clearly legitimate and reality-based.

Please know that I do not suspect any of the individuals supervising the voting process in North Bennington to be guilty of unscrupulous behavior or intentional wrongdoing. On the contrary, I am confident that they utilized every resource available to them to adapt to the sudden and dramatic changes in voting protocols that have been implemented in Vermont over the course of the past year. Before making additional changes to our voting protocols at the federal level, as proposed in HR 1, we must consider whether such changes can be implemented safely and effectively at the local level — particularly for small rural communities like North Bennington, many of which lack the resources of the urban centers most familiar to the congressional Democrats who sponsored this legislation.

As you rightfully acknowledge in your piece, the strength of our democratic institutions is proven through continual debate. To equate discussion of voter fraud and voting integrity with attempts at voter suppression is to discourage the very debate that makes our nation stronger. If we are to move forward with confidence that our elections are free, fair and representative of the will of the people, we must be willing to engage in an honest and fair-minded critique of our electoral processes. Such a critique must not only consider the ability of eligible voters to access the polls, but the integrity of the electoral process as a whole, and the multitude of ways in which that process can potentially be subverted.

We are fortunate to live in a country that allows us to carry on this conversation — for now, at least. Thank you again for sharing your views.