Editor’s note: This commentary is by Curtis Hier, a 33-year high school teacher from Fair Haven and the president of the Vermont Alliance for the Social Studies.

The Capitol Police, if it were a municipal police force, would rank right around the 13th largest in the United States. Its 2,300-member force puts it above Atlanta, Denver and Minneapolis. And there’s a proposal to add 1,000 more. The population of the people they protect? About 25,000 members of Congress and their staff. Atlanta has a population of half a million people — maybe more, as we saw when the votes started coming in the day after the election. Atlanta is about 132 square miles. Capitol Hill is not much more than a single square mile.

Atlanta has about 27,000 crimes annually. Congress has a pretty high crime rate (insider trading, campaign finance violations, etc.), but not quite 27,000. And the Capitol Police don’t go after those crimes. In fact, they were quite miffed when the FBI once raided the congressional office of Representative William J. Jefferson, Democrat of Louisiana, in a bribery investigation. 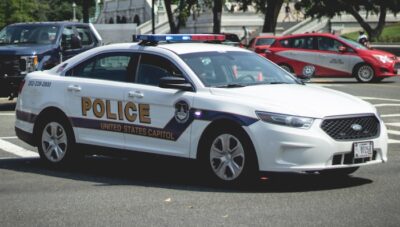 Jan. 6 was not the beginning of problems for the Capitol Police. Sexual misconduct allegations, along with a lack of adequate response from top leaders of the department, have plagued the Capitol Police for a long time.

On Jan. 6, a mob estimated to be 800 stormed the U.S. Capitol building. It was ugly. It was an assault on a sacred institution. It was a nightmarish situation for members of Congress and their staff. But the Capitol Police should not have been overwhelmed.

During the riot, an unarmed woman was shot by a panicking police officer. The woman was not in the act of committing an act of violence or threatening the officer. If you think the presence of the National Guard would have helped, remember the Kent State massacre. Four victims were shot dead by panicking Guardsmen.

Six officers were suspended, with 35 being investigated for misconduct. One apparently took a selfie with a rioter. One wore a MAGA hat while showing rioters around the Capitol. And of course, the sheer incompetence of the chief and his top officers to allow the breach to happen in the first place is inexcusable. The riot was foreseeable. But Jan. 6 was not the beginning of problems for the Capitol Police. Sexual misconduct allegations, along with a lack of adequate response from top leaders of the department, have plagued the Capitol Police for a long time. Disciplinary incidents are cloaked in secrecy and are exempt from Freedom of Information Act scrutiny, as are all congressional matters.

The actions of one officer and three of his colleagues in Minneapolis touched off a movement for cities across the country to defund their police forces — with no regard, by the way, to each individual police force’s size or spending habits. The Capitol Police, however, is without a doubt a bloated institution. Congress has no incentive to do anything but approve budget increases. And so they have. Again and again. The current budget is over $500 million, an 11% increase over last year, and double what it was in the year following the 9/11 attacks.

There were members of Congress who were quick to join the defund-the-police movement last summer. Representatives Ocasio-Cortez, Tlaib, and Omar all made statements supporting the reallocation of police funds. Now it’s different. What’s good for thee isn’t good for me.

The ruling class has no problem disarming its citizenry. It has no problem defunding the institutions which protect its citizenry. But it insists on impenetrable protection for itself. How many of these Keystone Cops will they have to employ to provide that? If the Capitol Police are going to continue to rely on National Guardsmen (there are still over 2,000 in the capital), if they’re going to shoot unarmed people, if they’re going to fail us despite their large numbers and huge budgets, perhaps it’s time to defund them. At least deny them their enormous budget increases.