Vermont continues to shift leftward as progressive lawmakers seek to create a new Youth Council for social justice, advance gun control for hospitals, and push school lunches for all, regardless of family income. Also, a judge has ruled against a business for defying mask-wearing.

On Friday, the House Committee on Government Operations advanced H.293 to create a State Youth Council. The council would provide “advice on policies that impact young persons in Vermont.”

According to the text of the bill, the search for candidates for the council will “focus on prioritizing diversity and inclusion, including characteristics such as county of residence, gender identity, racial identity, disabilities, age, and other characteristics identified by the applicants.” 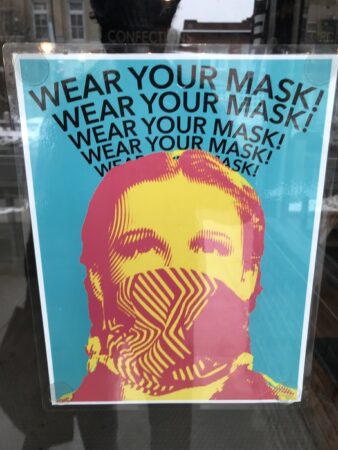 “If we’re looking to use input into some of these issues, that for me is a big one,” Higley said.

No guns allowed in hospitals

Also on Friday, the Senate Judiciary Committee approved a ban on firearms in hospitals, S.30. The current status quo is hospitals can post signage to bar weapons from their premises, and any violation can result in a felony trespassing.

The new legislation would make it a chargeable offense to bring a gun inside a hospital — even if by accident.

A broader version of this bill included other public spaces in addition to hospitals, but it did not gain enough support to advance out of the committee.

Free school lunches for all, including the rich

S.100 would require Vermont schools to continue to offer free breakfast and lunch to all students regardless of their family’s income, even after it is no longer paid for by federal dollars. Costs for the program have been estimated as high as $50 million per year. Supporters suggest it could be closer to $25 million, however.

Free lunch programs in other states have had mixed results. Schools in Warwick, Rhode Island, found that the inability to pay for free lunch programs caused businesses from the private sector to step in. The yogurt company Chobani covered almost $50,000 in unpaid tabs.

The free-market think tank the Heritage Foundation suggests lunch programs should exclude those who do not need them.

A Vermont judge has ruled that the state mask mandate is constitutional. A former UPS store in Newport has been defying the state’s mask requirements, prompting Attorney General TJ Donovan to sue. On Friday, Orleans Superior Court Judge Mary Miles Teachout made her decision, ordering owner Andre “Mike” Desautels to comply with the mask mandate if he wants his store to continue. The store potentially faces up to $1,000 per day fines.

A handful of states have been getting rid of their mask mandates, including in Florida, Texas and Mississippi. The academic journal Annals of Internal Medicine has reported that in a large randomized clinical trial, surgical masks failed to protect mask wearers against coronavirus infection.

The coronavirus continues to be near harmless to non-elderly and relatively healthy people. The Sun reports that in England just 388 people under age 60 who didn’t have existing health conditions had died from the coronavirus through December.