Born and raised native Vermonter Kevin Hoyt, from Bennington, announced his official candidacy for Vermont state Governor as an independent today. Kevin is a life-long conservationist, environmentalist, a strong 2A supporter and advocate who believes in constitutional law. Kevin is pro-cannabis, pro-tax reform, pro-term limits, pro-common sense and anti-corruption. 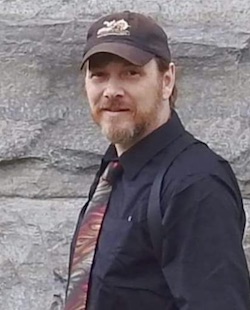 Kevin invites citizens to review his policies and ideas on abortion, climate change, firearm freedoms, economic growth and development, his solutions to the opioid crisis and school reform and safety. “Tell me where you think I went wrong, how you would do it or how to make my great policies better” is part of his grass-roots movement for the Green Mountains. Kevin’s visions for Vermont veterans, farmers, businesses, the elderly and everyday Vermonters are revolutionary with our natural, renewable resources and outdoor conservation and recreation at the forefront with clean air and water. “I don’t want to govern anyone. Vermonters are great people who do not need me, Governor Scott or anyone to tell them what to do. I just want to govern an out of control system that we can no longer afford. Vermonters are not the problem, our financially irresponsible and overpriced, criminal government is”, said Hoyt in a recent interview.

People can find information about Kevin and his ideas on his social media platforms such as Face Book, Telegram and Rumble or by e-mailing his campaign team at kevinhoyt2022@gmail.com

One thought on “Kevin Hoyt announces candidacy for governor”