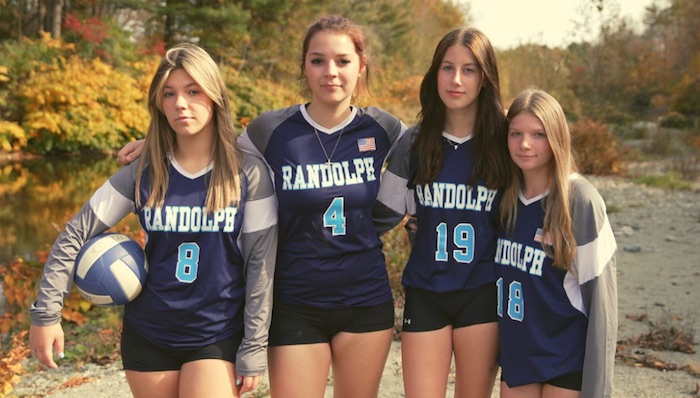 American children possess fundamental constitutional rights as citizens to freely discuss matters of important public concern, without fear of reprisal or compulsion by public school authorities. Girls forced to disrobe in front of males are enduring a form of compelled speech.

In a recent dispute at a high school in Vermont, a soccer coach was suspended for refusing to publicly apologize to the community for “misgendering” a trans student. This school has been the center of national controversy over allegations that the trans student infringed on the rights of young girls to change their clothes without onlookers. The soccer coach at issue is the father of one of those girls, and his firing raises a different question: does the school’s action infringe on his right to free speech?

This school’s superintendent has previously prohibited students from wearing shirts that claim “there are only two genders,” and children who say so have been threatened with disciplinary action. With children in school and parents out of school being censured, the free speech question extends to whether Americans have the right to even state that they believe there are only two, and not many, biological genders. Existing law is clear that they do possess that fundamental liberty.

In Meriwether v. Hartop, Ohio college professor Nick Meriwether was determined to have been wronged when he was disciplined for “misgendering” a student. The district court noted that Professor Meriwether was a government employee speaking in the course of his teaching work, not as a private citizen, and that his speech was directed solely toward the student.

This was not true of Vermont soccer coach Travis Allen, who was speaking outside school in defense of his daughter on Facebook, not addressing the trans student at all. The district court noted:

Speech by a government employee is protected under the First Amendment only if the speech was made “as a citizen,” while addressing “a matter of public concern.” … Speech on a “matter of  public concern” is broadly defined as speech that can “be fairly considered as relating to any matter of political, social, or other concern to the community.” … Broadly speaking, “gender identity,” like many other “controversial subjects” and “sensitive political topics,” is “undoubtedly [a] … matter of profound ‘value and concern to the public.'”

I am the father of the girl you claim ‘made up a story for attention.’ The truth is your son watched my daughter and multiple other girls change in the locker room. While he got a free show, they got violated.

For this transgression against the postmodern social justice construct that people can self-identify in contrast to their physical attributes (and thereby gain access to girls’ changing rooms), the coach was not only suspended, but also commanded to issue a public mea culpa. The school superintendent, Layne Millington, wrote:

The district recommended a public apology which you refused leaving the matter unresolved. Therefore, you have been suspended without pay for the remainder of the season. You were also offered the opportunity to change your mind at any time during the suspension in order to make things right and to earn back the public trust in your ability to support all students in your role as RUHS coach.

This again contrasts with the Dr. Meriwether’s case, in which no public apology was commanded.  But as the 6th Circuit noted there (after reversing the district court):

Without genuine freedom of speech, the search for truth is stymied, and the ideas and debates necessary for the continuous improvement of our republic cannot flourish. … Government officials violate the First Amendment whenever they try to “prescribe what shall be orthodox in politics, nationalism, religion, or other matters of opinion,” and when they “force citizens to confess by word or act their faith therein”.

Condemning “mandated orthodoxy” and “ideological conformity,” the 6th Circuit specifically determined that refusing to use a commanded gender pronoun was itself protected speech by Meriwether:

Titles and pronouns carry a message. The university recognizes that and wants its professors to use pronouns to communicate a message: People can have a gender identity inconsistent with their sex at birth. But Meriwether does not agree with that message, and he does not want to communicate it to his students. … Meriwether did just that in refusing to use gender-identity-based pronouns. And the “point of his speech” (or his refusal to speak in a particular manner) was to convey a message. … Taken in context, his speech “concerns a struggle over the social control of language in a crucial debate about the nature and foundation, or indeed real existence, of the sexes.” … That is, his mode of address was the message. It reflected his conviction that one’s sex cannot be changed, a topic which has been in the news on many occasions and “has become an issue of contentious political … debate.”

Didn’t the girls who refused to change in front of a male “do just that in refusing to use gender-identity-based disrobing”? That is, their “mode of address” was in not undressing. It reflected their conviction that the trans student’s sex cannot be changed.

The Vermont case shows an additional, even more brazen, effort by a government official to abuse his position to dominate thought — demanding a public apology for a private citizen’s comment on social media. (Travis Allen had offered to use “correct” pronouns, but that was not deemed sufficient.) The 6th Circuit’s ruling specifically addressed the repulsiveness of such coercion:

Never before have titles and pronouns been scrutinized as closely as they are today for their power to validate — or invalidate — someone’s perceived sex or gender  identity. … Meriwether’s speech manifested his belief that “sex is fixed in each person from the moment of conception, and that it cannot be changed, regardless of an individual’s feelings or desires.” … Finally, this case implicates an additional  element: potentially compelled speech on a matter of public concern. And “[w]hen speech is compelled … additional damage is done.” … Indeed, the premise that gender identity is an idea “embraced and advocated by increasing  numbers of people is all the more reason to protect the First Amendment rights of those who wish to voice a different view.”

American children have every right to their personal opinions as to the existence of scientifically defined (as opposed to postmodernistically contrived) genders. They possess fundamental constitutional rights as citizens to freely discuss matters of important public concern, without fear of reprisal or compulsion by public school authorities. Girls forced to disrobe in front of males are enduring a form of compelled speech.

There may be controversy as to the number of biological genders, but there is only one right to free speech. It must not be discriminated against in the Orwellian cause of prohibiting gender discrimination via government prohibitions of “misgendering pronouns,” or dismissing valid concerns by teen girls and their parents about their right to express their own views on biology as well as their physical privacy. The two are inseparable.