On Dec. 17, 2019, Michael Arnold struck Shirley Snelling-Sexton while she was snow-blowing her driveway in Essex Junction, Vermont. Shirley was severely injured — in addition to a broken arm, she has had three rods placed in her neck, and faces several more surgeries: her lower spine was essentially destroyed. Her health will never be fully restored. Her husband and family have had to watch her struggle through this agonizing ordeal, their suffering amplified by experiences with the Vermont court system.

This was Mr. Arnold‘s third DUI (likely fourth, if he took a diversion program for a first offense). He registered a 0.26% blood alcohol level — three times the legal limit.  Yet, he served less than 48 hours in jail for this third conviction despite serious bodily injury. 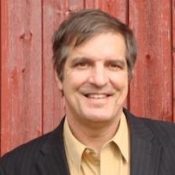 It is galling to the Vermont public that Judge Martin Maley would accept this ridiculous plea agreement, let alone that State’s Attorney Sarah George would offer such a recommendation. But Sarah George has been a vocal advocate for the “decarceration” of Vermont, proclaiming on her twitter account that she is “Working to create true public safety by overhauling the legal system. (she/her).” At a panel discussion last year, she was pressed about the incarceration of those convicted of violent crimes, and stated (to wit) that “statistically, most who commit homicide do not reoffend.” Sitting in the audience was lieutenant governor candidate Dana Colson, whose 19-year-old son Austin was murdered in 2018. No one has been charged.

Sarah George would apparently argue for their release, so why bother? She eliminated cash bail for Chittenden, and trumpets a fatuous ideology exposing citizens to unacceptable risks.

Proponents of “decarceration” want to eliminate the “inhumanity of incarceration” in favor of the inhumanity of unleashing dangerous predators to reoffend. Says one such advocate: “Prisons are the problem, and the solution is to create a system that is more humane and just — by investing in community-based alternatives to incarceration and smart justice reforms this year.”

But these “investments” have not yet been made, nor have we been told what this “solution to create a system” even looks like — another utopian fantasy, undelivered.  Communities are deteriorating economically while an escalating opioid epidemic causes more people to turn to drugs and violence. Those serial killers, incurable pedophiles, and violently mentally ill “victims” of an “unjust … racist and classist legal system” are being returned to real-life communities.

With prosecutors like these, who needs a defense attorney?

Mr. Arnold has been told he can’t drive drunk when his license is restored here in Vermont — it’s a condition of his probation, and if he violates probation he’ll go to jail. Right?  Not with Sarah George at the helm.

Sears said he supports looking at bail reform and changes to the probation and parole system. He said that he doesn’t believe those who have substance abuse problems and violate conditions of release by drinking or using drugs should be sent back to jail, for example. Instead, he believes that there should be a system of “graduated sanctions” for such violations, to avoid reincarceration. “That shouldn’t be reason for rescinding their probation or parole,” Sears said. “I think you need to have graduated sanctions.

Michael Arnold didn’t even hit his brakes when he shattered Shirley’s life, blitzed at 0.26 blood alcohol content after at least two prior convictions for DUI. Vermont statutes provide for up to 15 years’ incarceration for DUI where serious injury results even for a first offense: Mr. Arnold served less than two days for this horrific crime, despite statutory language that for a third offense:

Mexico treats DUI very seriously, also has a 0.08% BAC limit, and may deny admission to U.S. citizens who have a DUI in the previous ten years. In Vermont, Illegal entrants from Mexico with any number of DUI convictions there may apply for and receive a driver’s permit without any concern that their Mexican driving record will be reviewed.  That too must be in the interest of Vermont justice and public safety?

Michael Arnold never answered for his crime. Judge Maley and Sarah George should answer for theirs, or at least be put on probation.

John Klar is an attorney and farmer residing in Brookfield, and the former pastor of the First Congregational Church of Westfield.