In another twist in the twisted tale of a Vermont girls’ volleyball team ejected from their own locker room due to conflicts with a trans-identifying student who allegedly ogled them, the father of the girl who blew the changing room whistle was dismissed as soccer coach when he refused to publicly apologize for calling the trans student a “boy.” Aside from issues of privacy or gender identification, this raises important questions about government infringement of fundamental free speech rights under the United States and Vermont Constitutions.

The father’s sentiment was not that extreme. In response to a comment by the mother of the trans student on social media, Travis Allen wrote:

“I am the father of the girl you claim ‘made up a story for attention,'” Travis Allen wrote in a Facebook reply to Sivvy. “The truth is your son watched my daughter and multiple other girls change in the locker room. While he got a free show, they got violated.”

The father added: “You think this is fine and dandy. I wonder how you would feel if I watched you undress?”

Free speech is undoubtedly an important liberty. The Vermont State Constitution recognizes this in Article 13:

That the people have a right to freedom of speech, and of writing and publishing their sentiments, concerning the transactions of government, and therefore the freedom of the press ought not to be restrained.

It may be that Mr. Allen’s daughter “made up the story for attention,” and then it may not.  The school’s decision, as a government entity, to prohibit the father from “misgendering” the child does not seem balanced with silence about the possible harm by the trans student’s mother to “mis-motivate” Travis’s daughter. 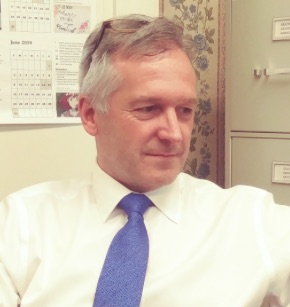 But such imbalance has long predominated at the speech-regulating Randolph Union High School, where Superintendent Layne Millington has banned “Let’s Go Brandon” shirts as obscene, a Chick-fil-A fundraiser as hateful, and “there are only two genders” shirts as, well, hate speech. When parents complained about the school’s display of a BLM flag in clear contravention of basic free speech laws, Millington labeled them hateful.  And when parents expressed concerns that their daughters were being forced to change in front of a student sporting a penis, they were maligned as hateful bigots and lumped together with those who spewed hatred toward transgender people.

Jordan Peterson has rightly observed that this is not about banning a hateful word, but mandating required speech:

“I’m not going to cede linguistic territory to post-modernist neo-Marxists.” The difference is whether the question is asked by an individual or forced by the state. … He believes that state-imposed speech — in whatever capacity or form — is a red flag designating an oppressive and denigrating society. … By forcing people to say one thing or another, it is an absolute abuse of state power. … To Peterson, transgenderism has no foundation in biology, but transgender individuals can have rights if they so wish. However, he has been labelled alt-right incorrectly due to his opposing stance to issues that fall far beyond transgender rights, but to general freedom and free speech.

Superintendent Layne Millington’s speech-regulating practices constitute content-filtering totalitarianism that has caused parents to recoil and fight back — exactly as Dr. Peterson warned would happen if people’s psyches were enslaved by state ideology. Peterson warns that the natural human reaction will yield far-right extremism. Millington falsely portrays justifiably concerned parents as far-right extremists, fueling a divisive vicious cycle that empowers him to in turn enforce even more of his social-justice social media policing powers.

Travis Allen offered to pull the Facebook post and call the students by their names without pronouns at school, but that was not acceptable to Herr Millington, who wrote in an October 18 letter to the fired father:

While you have a right to your own opinions, you have chosen to publicly put yourself in opposition to the principles the district and its coaches are compelled to uphold. … The district offered to work with you to make these matters right, the two possible solutions you offered were insufficient to re-establish the public trust you have damaged: avoiding using gender pronouns when communicating with transgender students and taking down the posts. The district recommended a public apology which you refused leaving the matter unresolved. Therefore, you have been suspended without pay for the remainder of the season. You were also offered the opportunity to change your mind at any time during the suspension in order to make things right and to earn back the public trust in your ability to support all students in your role as RUHS coach.

There is no right here for Travis Allen to have his own opinions, only to accept the principles of the principals, to do what is “recommended” as the “offered opportunity” to publicly recant. In an inquisition, the prisoner may always confess his/her/their sins. When the Taliban visits, the subject can “make matters right” by “earning back the public trust.”  Mao’s Red Guard similarly secured obedience through public shaming.

Layne Millington exhibits a calculated effort to present this ongoing dispute as one of pro- versus anti-trans. This will be a tough battle for him, since the social construct that there are numerous genders conflicts with the biological evidence to the contrary, and the only way to resolve that discussion is via open dialogue. And it is tough to enjoy open dialogue about science when one side is systemically shushed.

Vermont offers experimental gender-shifting hormones to prepubescent children. These are “off-label,” meaning they are not approved by the FDA. A pending statute would provide these harmful pharmaceuticals to children with no age restrictions, without parental consent. Perhaps questioning that treatment of their children will be determined by the speech police to be as verboten as “misgendering” pronouns.