When Vermont resident Nichole Loati of Morristown first arrived in Vermont in the late ’90s, she said her family could “see the writing on the wall” as California’s public policies became increasingly extreme left wing, and subsequently its economy and quality of life suffered.

“I’m actually from California, and the reason that my family, my entire family, my extended family, all of us, moved here in the late ’90s was because the writing was on the wall. We could what direction California was going. And how ironic is it that 25 years later Vermont seems to be emulating it — and that’s part of what got me going with this.” 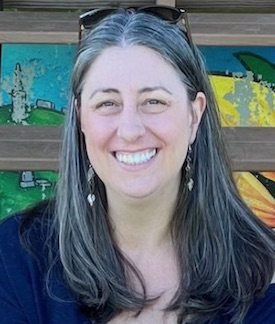 According to Loati, things have changed since she first arrived in the Green Mountains of Vermont.

“When I moved to Vermont in the late ’90s, it was a very different place from what it is today,” she said in an interview with True North. ” … I am seeing that the world available to [kids] now as they are getting older and getting ready to go out on their own — and it scares me.”

After being asked by a friend to run for office, Loati decided to campaign for the Lamoille-Washington District, which includes Morrisville, Elmore, Woodbury, Wooster, and the northern part of Stowe. She said she initially was hesitant until she realized no one else was going to do it. Loati is running as a split Republican/Libertarian.

“The fact is I have been one of those people — and I know a lot of people who are like this — where I sit at home at night and I watch the news and I say ‘somebody needs to step up and fix this,’ and after about 24 hours of marinating on the question of whether to run, I said ‘well, dammit, I’m that somebody,” Loati said.

The Morristown resident says she’s open-minded when it comes to many of the social issues in Vermont. But on some of the other issues, such as the economy, she trends conservative.

“I’m more moderate in that respect, but I’m concerned about the housing situation, the affordability of driving,” Loati said. “I know how hard it is for me, a successful business owner, and I am having to pull out of savings every month to cover emergency bills. What’s it like for people who are not living well like I am?

“My focus is I really want to help bring affordability back to Vermont, and I want to help with the housing situation — especially here in Morrisville,” she said. “There is a two-year waiting list to get into an affordable apartment and that’s not OK.”

Loati runs a sign and graphics company. She said the company keeps her in touch with the local small business community, and that means she gets to hear how others are managing day-to-day.

“I am talking to these people every day and the vast majority of them are booked out for two or three years, can’t find help, and are turning down work because they don’t have anybody to do it,”  she said.

“So you’ve got that, on one hand, and on the other hand we can’t necessarily get materials because of supply chain issues or because we can’t afford the materials because from one day to the next we’ve got to buy something and the price has tripled. As business owners things are so volatile right now, it is insane. It’s really difficult to bid or price any kind of work.”

While talking about inflation, she said that new money the federal government printed during the coronavirus pandemic is going to impact the economy.

“We knew that was going to happen from the very beginning, right?” she said. “When you print money and there’s no value to back that — so now we’re dealing with the consequences of that.”

She commented on Vermont’s energy policy, noting that the state may have narrowly avoided economic disaster when the clean heat standard failed to pass.

“The clean heat standard that very narrowly missed being passed in the last legislative session was, in my mind, an abomination,” Loati said. “I think we are enormously lucky that that ended up getting turned down.”

Asked about her positions on crime in Vermont, she said that she took the initiative to track down a state attorney and do a “fact-finding mission” on what the pressing challenges are. She was told that they really need help in the office.

“One thing he did say to me is that he has over a thousand open files on his desk right now and he has one assistant, and he has been begging the appropriations, the legislators, for money for years to hire more personnel,” she said.

She also noted that Vermont residents are buying advanced home security systems as of late.

“I cannot imagine the money that people are putting out for this stuff,” Loati said. “I saw hundreds of them in rural Vermont — you know these houses that are a half-mile from anything. And they’ve got these elaborate security systems, and that tells me something.”

Four candidates in all, two from each major party, are running for the Lamoille-Washington district. Incumbent state Rep. Avram Patt, D-Worcester, is one of them. His platform on energy, health care, and social issues follows the overall Democrat Party platform, according to his campaign website.

The other Democrat challenger is Saudia LaMont. Sharing her experience on her campaign website, Lamont says she’s served on “multiple committees and boards, including Lamoille County Mental Health and the LSUU School Board Equity Committee.”

Ben Olsen, of Morristown, is the other GOP candidate. On his campaign website, Olsen says his priorities include “expanding local farming and food cultivation,” “protection of Second Amendment rights,” and “upholding parental rights.”

7 thoughts on “GOP House candidate: ‘How ironic is it’ that Vermont trending after California”